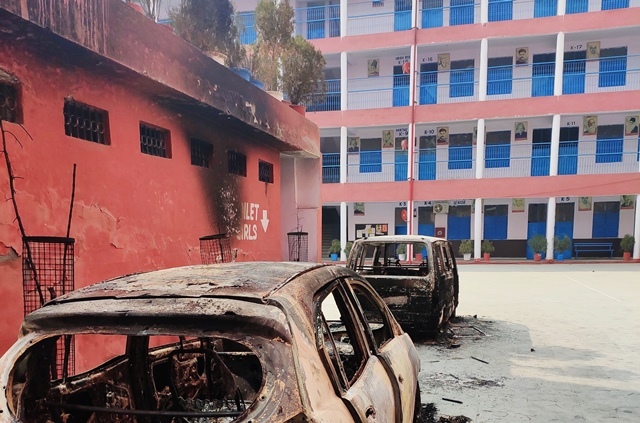 Anil Bhardwaj, 45, along with several Hindu families in Brijpuri, jumped in front of rioters to save Victoria Public School, owned by a Muslim, from being set ablaze

I was born in this area, Brijpuri, and I saw this school (Victoria Pubic Senior Secondary School) constructed in front of my eyes. On February 24, this school was attacked by a group of rioters who wanted to burn it down. The school was probably attacked because the rioters knew that it belonged to a Muslim. Twice they tried to burn this temple of learning down but both times they were pushed away by the Brahmin families living in the neighbourhood.

When the rioters first came to the school on February 24, they first targeted two buses parked in front of the school and set them on fire. Next, they hurled stones at the school, shattering all the windowpanes. Not satisfied with it, they wanted to jump inside the premises and set it on fire.

ALSO READ: ‘Over 100 People Took Shelter In My House’

As soon as I heard the commotion, I gathered people from the area and rushed to save the school. There were about 15-20 rioters and we were about 50 people. As we confronted the rioters, they fled. I made repeated calls to the fire department but all in vain as the fire tender was also hit by stones. We somehow managed to save half of one of the buses by dousing the fire with buckets of water brought from our homes.

The rioters returned on the night of February 25 and managed to break inside the school from the back door. They torched two cars parked inside the school and started breaking the locks of the classrooms. The security guard of the school cried for help and we rushed towards the school. As we outnumbered the rioters, they were chased away.

WATCH: ‘Left With Only The Clothes I Am Wearing’

We rushed to douse the vehicles on fire but they were by now completely damaged. Thankfully, the guard raised an alarm on time and we managed to avert further damage. Had the classrooms been torched, we would have felt really bad as it will be very difficult to conduct board exams in burnt classrooms. I don’t know what the rioters were thinking attacking a school.

There is no excuse for violence. No matter who owns the school, it is the responsibility of the residents of the area to save it. I would like to urge people to act together against violence. It doesn’t matter for us whether it is owned by a Muslim or Hindu. I did what I was supposed to do. Had the school was burnt, it would have brought bad name to our locality.

If we start working together like this, we can save the entire country from communal violence. A majority of residents of this area are Brahmins and they worked together to save the school from rioters. This is how the country works. We shall show love and compassion to each other to make our society strong.

I just hope I don’t see such violence again. I am worried about the owner of the school. He has faced too much damage to his property. We have assured them that we will save the school from any attempt of vandalism. 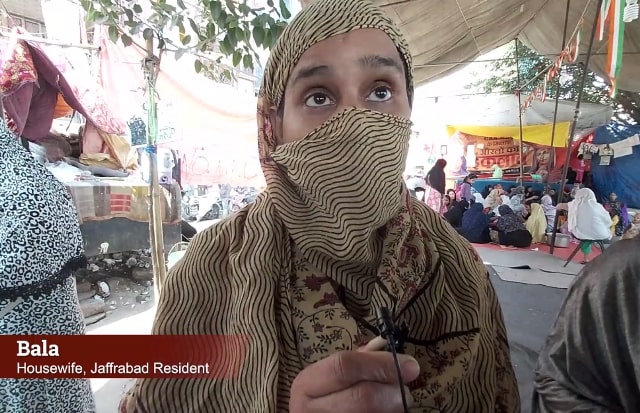 Between February 24 and 26, notheast Delhi witnessed its worst ever communal violence since 1984. Over 50 people were killed, hundreds of houses & shops gutted and several places of worship vandalized. One common refrain of most witnesses was that police either failed to respond to their distress calls or remained a mute spectator. LokMarg speaks to the victims from Ground Zero: