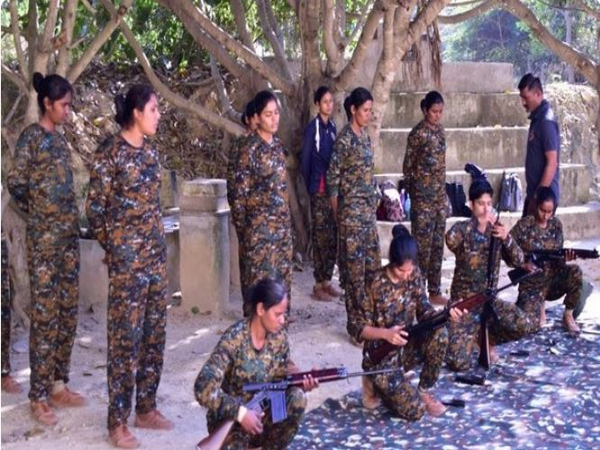 The move comes with the aim to entrust the responsibility of the security of the state to women.
Also, women’s help desks were set up at all 1,584 police stations in the state by appointing women to beat constables.

“In India, women are considered a form of ‘Shakti’. It is worth mentioning that, along with making the women’s power of the state strong, and self-reliant, giving them a safe environment is in the priority of Chief Minister Yogi Adityanath. “While the daughters and women of the state are becoming self-reliant by taking advantage of the schemes of the Yogi government by joining self-employment with employment, the Yogi government has also given them an important role in the police forces to give them a safe environment,” read an official statement.

The battalion has been named after Veer Naris. Under the program, 20 percent of the police force of the state was reserved for the appointment of women, so that women could be made self-reliant along with given security.

Three Provincial Sashastra Seema Bal PAC woman battalions are being established in the name of brave and courageous women in the state.

These three battalions are being named after Rani Avantibai Lodhi, Uday Devi, and Jhalkari Bai, who sacrificed their lives in the freedom struggle of India. They are being established at Badaun, Lucknow, and Gorakhpur. The process of posting 1262 posts in one women’s battalion of PAC is going on. This includes the posts of one senanayak, three deputy Senanayak, nine assistant senanayak, one shivirpal, 24 inspectors, 108 head constables, 842 scavengers, and cooks.

“In order to listen to the problems of daughters and women coming to the police station and for their speedy disposal, the Yogi government has set up women’s help desks in 1584 police stations (including GRP) by appointing women to beat constables. For this, a reception was set up especially for women in the police station premises so that they could feel free to speak to the female constable,” the statement added.

“Women-beat officers play an important role in curbing crime and criminals by establishing communication with women in the village. Not only this, but she is also making women aware about the schemes and programs being run by the Yogi government for the welfare of women. Shakti Mobile was formed to prevent crimes related to women across the state, which is taking legal action against the criminals with the counseling of the victim’s family. 4.84 lakh women were assisted through women helpline,” noted CMO.

To crack down on online crimes against women, a women’s cyber cell was formed at the cyber police station by the state government.

Through this, prompt and effective action is being taken on cyberstalking and cyberbullying complaints on women’s cyber cell, the internet, and other social media apps.

“At the same time, 61 women’s reporting police posts, counseling centers, and women’s police stations were formed in remote tehsils of the districts. In these outposts and police stations, women are registering complaints regarding crimes related to women, and domestic violence. Quality disposal of cases like complaints of women, dowry harassment, domestic violence, and triple talaq is being done at these centers. 3195 Anti-Romeo squads were formed in the state to take action against the men who molest daughters. 28,33,893 shoahdas were checked by them at 6,75,143 places,” added the statement. (ANI)