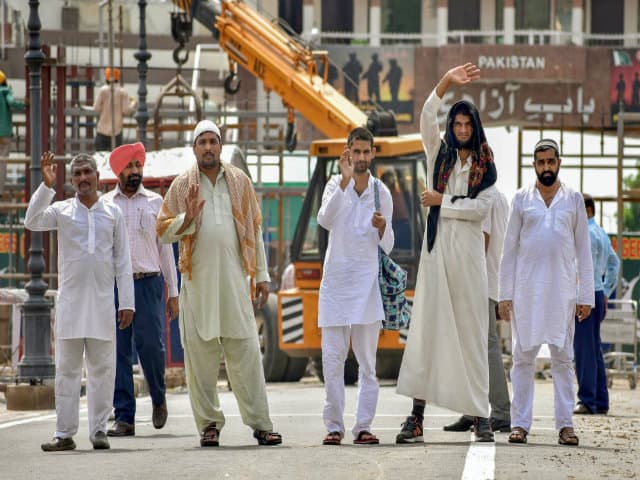 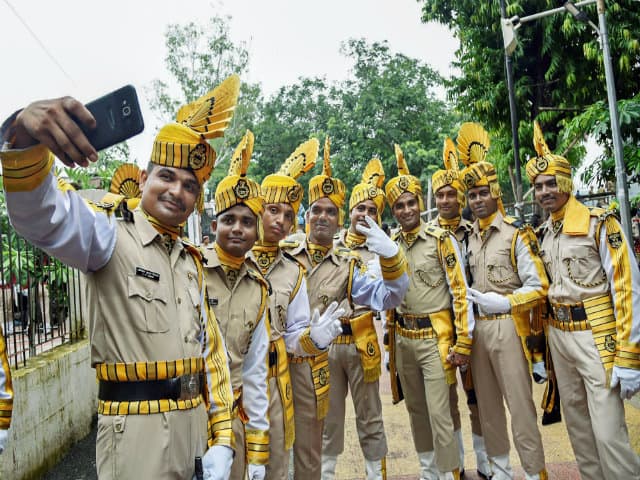 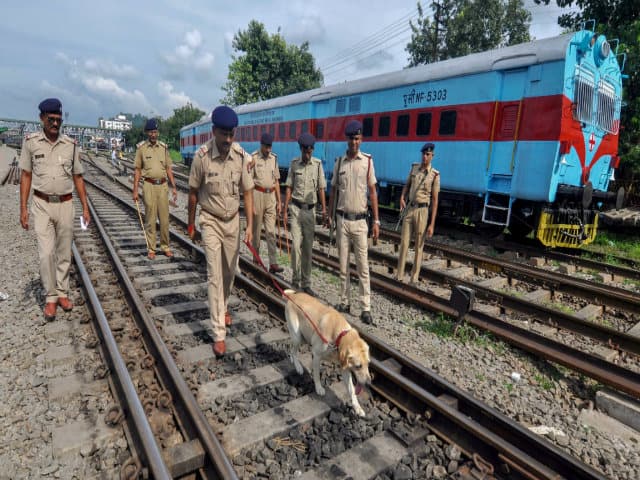 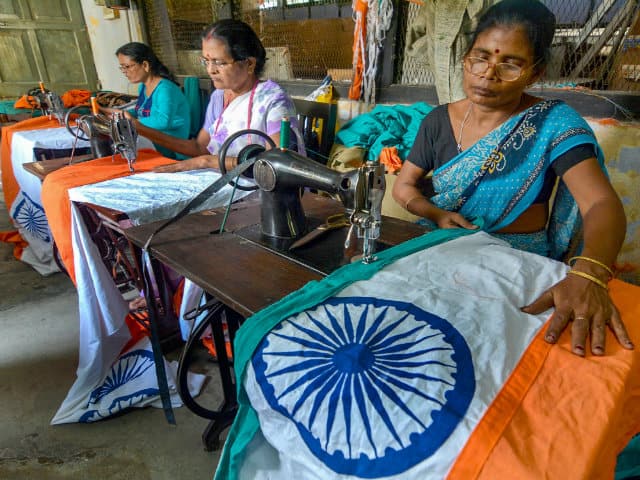 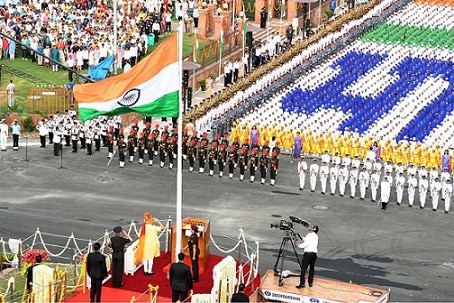 th and one on 15th August. The pomp and ceremony the British had bequeathed have  been followed de rigour with salutes, march pasts and boisterous speeches about future challenges. The pageants were started by Jinnah and Nehru who played the perfect role of the natives civilised by the British to stand  in ceremony as the British made a dignified exit while millions were sacrificed in the funeral pyre of the Raj. The two leaders of this ancient lands talked of ‘fulfilment of destiny’ and ‘tryst with destiny’ respectively as if this 5000 year old civilisation had finally reached the age of rite of passage. It certainly took some growing up time! Why does this ancient civilisation talk of ‘independence’. Isnt it embarrassing and demenaning? Will the British celebrate ‘independence from Europe after article 50 is delivered? They are too proud to give that dignity to Europe. Are the two hundred years of British rule the only ones that have mattered in the region’s five thousand years? Isn’t it playing into McCaulley’s narrative who dismissed the intellectual history of the people as not worth a single shelf of European books and then set about civilising them. Finally in 1947, Indians were deemed fit to govern and set ‘free’. The day of graduation is commemorated yearly as ‘freedom’. What was before the nineteenth century? Gestation? [caption id="attachment_18137" align="alignleft" width="300"]

ISLAMABAD, Aug. 14, 2017 (Xinhua) — An aerobatic team perform during an air show to mark the Pakistan’s Independence Day in Islamabad.[/caption] In the case of Pakistan, it is understandable. There is no history beyond 14th August 1947 of a Pakistan except that of a campaign to give it birth. Its parents are the British and Islam. It owes its very being to both. One gave it the material (territorial) identity and the other its character identity. The Muslim population of South Asia was offered the opportunity of migrating to Pakistan, a country patched together from 4 different autonomous regions of South Asia. Less than a quarter migrated and only when many of them were forced by the violence as was vice versa. India existed before the British arrived on the soil. It existed before the Mughals started their Empire. It existed before Alexander invaded. Why is India celebrating 15th August as its birthday? Was it born on 15th August 1947? Somebody needs to look at India’s astrological chart from the 4800 years of gestation. Why did it take that long? Perhaps the India in the image of the British was born then, its intellectual and cultural past thrown into the history bin, fulfilling McCauley’s mission. Nothing really changed on that day except that a new management took over marking the the British Raj’s hubris with a new master class The outgoing rulers  transferred the expected violence against their brutal oppression to an orgy of butchery between the enslaved  themselves.  While the ceremony and pomp of transfer of power was taking place, all around was the stench of corpses  delivered to the god of birth. Families were uprooted, parents and children killed. Indians killed Indians in coming to terms with their new identities as Indians or Pakistanis. Only the British could have pulled that off. Nearly two hundred years of brutal colonialism was ended with a sense of triumphalism with no hint of guilt. All its laws of oppression passed over intact. And a well managed scheme of divisions was permitted to reach its ugliest expression. The once oppressed set upon each other as the oppressor walked away ceremoniously as if handing the key and map of the drains of the house to new owners with a band and a song and the essentials, such as detention laws. Perhaps the British were angered by the ungrateful natives refusing to bow in perpetuity to the rule that gave them railways, the bureaucracy, the army, English language, the legal system  etc. They decided to wreak revenge by removing the responsibility of government and withdrawing the institutions of order that ensure peace among people. Mayhem followed Academics, politicians and commentators from both sides of the partition dwell on the inhumanity of people, of neighbours, of friends as they suddenly fell upon each other. Religion is blamed incessantly for the violence of partition. These pontifs forget that only two years before, Europeans went on the biggest mass killing spree against each other without any religion involved. When people are left without the institutions of governance and order, it only takes a few individuals to light a free for all mass violence, until some order is restored again. It happens regardless of ideology or religion. Rwanda, Libya, 30 year European wars, history is replete with examples. The narrative of laying blame on religion and uncivilised people slaughtering each other was crafted by the British, even suggesting that there was ‘something abnormal’ underneath the pleasantries of the Indian. It is interesting that both Indian and Pakistanis have been peddling this narrative since 1947 with some even expressing slight sense of shame and guilt. They fail to critically see beyond the narrative. What about the culpability of the British, the criminal negligence of those in charge to let this happen, the policies of dividing people and then letting them loose on each other with orders to the Army to stand back? Does Mountbatten have a charge to answer? He must rank as the worst governing manager in the history of the world. Does India Office at the FCO (UK Foreign and Commonwealth Office) have some explanations to give and compensations to pay to families who lost everything including loved ones? It was also equally interesting that in a BBC Newsnight programme on partition, every body of Indian or Pakistani origin was replicating the narrative crafted by the British. Only an ex Army Englishman pointed the finger at Mountbatten. Even then no one picked it from there either. The narrative has been so successful in deflecting responsibility. Or it could be that McCauley’s implant in the Indian-Pakistani mind is so part of he DNA that it will take another Englishman to expose colonial culpability to lift the transferred burden people of both countries bear of their culture and their religions. [caption id="attachment_18139" align="aligncenter" width="663"]

Amritsar: Shiv Sena activists burn Pakistan’s flag during a demonstration against Pakistan on Pakistan’s Independence Day.[/caption] The greater tragic irony is that both India and Pakistan continue to play as actors in the script written by the departing colonists. 70 years later they still ritually hate each other, waiving nationalism and blaming each other for the division. [caption id="attachment_18138" align="aligncenter" width="691"]

QUETTA, Aug. 14, 2017 (Xinhua) — Pakistani people carry a huge flag during a rally marking the 70th anniversary of the country’s independence.[/caption] Their leaders salute their respective flags as batteries of Empire designed colourfully adorned army and paramilitary forces march. Of Congress this can be expected. Congress perhaps inspired the word Westernised Oriental Gentleman with almost all its leaders from Nehru to Manmohan living up to it, psychologically seeking approval from the ex masters. But Modi with BJP’s self declared assertion of reviving the ancient rashtra cuts an odd figure saluting the flag. Surely the Bharat way is to pranam the flag instead of saluting it. That is something the BJP can learn from the Sikhs who ‘pranam’ the Nishan sahib, not salute it. There is a sort of comical tragi-drama in this 5000 year old civilisation celebrating ‘independence’ from a carrot size power while venting hate against the Mughals and other non Indian rulers. Is it because the west told it that it has achieved ‘freedom’, while blanking the need to mourn the death of a million. In celebrating independence, India dignifies colonialism. As a civilisation, India  should have more self respect than to be celebrating the end of Raj. That’s what this day is about. With their ubiquitous bands and march pasts and salutes, the British pulled off one of the biggest con tricks of their rule. They made their racist brutal rule appear to be a period of education for the Indian to reach maturity and independence. They came out triumphantly out of India and achieved what they wanted. Making the Indians remember them every year and its leaders waiving a progress card every year. Shouldn’t 15th August every year start with prayers and remembrance for the millions of souls sacrificed on the alter of the dying Raj? Perhaps then, post colonial India will start to become ‘Bharat’ again. // ]]>