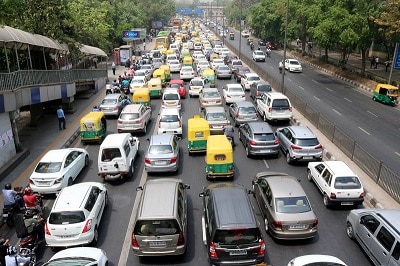 In India’s national capital region (NCR), luxury apartments in the upcoming Trump Tower, named after a brand franchised by the real estate business begun by US President Donald Trump, will soon go on sale for anyone who can afford to fork out heaps of money—the cheapest and smallest unit in that high-rise building that is coming up in Gurgaon is around a million dollars but bigger ones could easily cost several times that. This year, luxury car marque Maybach’s  new S650 model will be launched in India with a base price tag that could be nearly a quarter of a million dollars. The Trump Tower apartments, 20 of which were booked in the first 24 hours, are being sold with the promise that buyers will be flown to the US to meet Donald Trump, Jr., a promise that appears to be effective as a lure, at least for some.

For obvious reasons, super high-priced luxury goods don’t sell in millions in India. The number of Maybachs on Indian roads hardly tops 15. And the buyers making a beeline to buy upscale apartments such as those hawked by Trump Tower constitute a negligible percentage of the country’s population. Stores set up by brands such as Gucci, Armani, Hermes, Louis Vuitton and others do brisk business but neither do they aim for high volumes nor target anyone who is less than super-rich. That is expected. What is not is the fate that other multinational corporations (MNCs) and Indian marketers have been facing. Ever since India shook off its socialistic economic policies and opened up its economy to external as well as internal competition, companies targeting the country’s burgeoning population have been seeking a sort of El Dorado expecting hundreds of millions of middle-class consumers to turn into eager buyers of their goods and services. That has not happened.

Last week, The Economist had a revelatory cover story titled ‘India’s missing middle class’, which exploded the oft-proclaimed myth that India’s growing middle-class, variously estimated to number between 250 million and 400 million, would be the next big global market for goods and services purveyed by global brands. Citing figures to establish its point, the magazine explained the reason why India’s middle class has not lived up to the promise the world’s biggest marketers expected it to. The reason quite simply is inequality. Although India’s economy grew satisfactorily from 1980 to 2014, the real rewards of that growth actually accrued to the richest 1% of the population, the magazine said, quoting new research by the French economist Thomas Piketty. The richest in India have grown ten times richer than they were in 1980 but incomes of those in the middle didn’t even double during that period. And while the fortunes of India’s poorest have certainly improved somewhat, unlike in other countries that have been on a growth path like India’s, the middle earners have not benefited as much.

Unequal growth has been India’s bane and the unabated growth of its population and, consequently, the swelling of its proportion of young people have exacerbated this. For years, supporters of India’s policies on economic liberalisation have argued that their benefits, although accruing initially at the top, would eventually trickle down to the bottom but this has not happened even after nearly 27 years since India opened up it economy, did away with much of its bureaucratic restrictions and pursued globalisation. In the past decade, formal employment generation has not kept pace with the rate at which young Indians have joined the throngs of job-seekers and, although the informal sector has emerged as the largest employer (over 90% of those employed are estimated to work in these small, unorganised and low-paying outfits) this has not led to equitable distribution of wealth.

Many estimate that instead of the wildly optimistic estimates of the Indian middle class, which peg their numbers at several hundreds of millions, the more accurate estimate of those who can afford even non-luxury products and services—such as a smartphone, streaming services such as Netflix, or even be able to shop online—could range between 50-80 million. As a proportion of a population of 1.3 billion Indians who will soon outnumber the Chinese, 50-80 million is piffling. True, that number may be higher than the population of a few European countries taken together. And it is a sizable arena for marketers to pursue but it is nowhere near the great El Dorado that the Indian middle class has been made out to be. Nor is it even close to China’s. Many MNCs and global brands such as Amazon, Starbucks, McDonalds, etc., are quickly realising that the pace at which they had hoped to expand in India is akin to a pipe dream.

Marketers can (and will) reset their expectations from the Indian market. Many have revised their India plans and shrunk their aspirations. But this isn’t only about replacing one business plan with another. The real problem is one that India’s government, particularly the current regime that had come to power in 2014 on the promise that it would bring “happy days” for the masses, has to confront and attempt to find a solution for. It won’t be easy. China’s economic might and current prosperity grew on the back of an aggressive policy to build a manufacturing base that became a factory for the world. India has missed that bus and it is likely that it can catch it again. Its short-lived gains in the information technology (IT) sector have been ephemeral and with limited impact in terms of the number of people it benefited. The majority of Indians who live in villages eke out sustenance from over-crowded and unproductive farms. The urban situation in no better. The Economist feature cites that India’s mean annual GDP per head is $1700 but 80% of its population earns less than that. Even after adjusting for cheaper prices in India, the mean GDP is $6600, which is less than half of China’s and quarter of Russia’s.

As India readies for its annual Budget, which has traditionally been more of a policy making instrument than a statement of accounts, the government has to renew its focus on how to enable vast swathes of its citizens to break out from the poverty trap. For Mr. Narendra Modi who is surely eyeing another term in power when the elections, scheduled for 2019, are held, even if he can’t pull off a miracle in barely a year, it would even help if he showed that he was trying.

PM Modi at Skill India[/caption] There are more difficult things that Mr. Modi’s government must also do. Cleaning up the banking system, which is beset with bad loans is one; ensuring that missions such as Skill India, which is aimed at re-skilling and making India’s burgeoning population of job seekers employable, works as well as they were meant to is another. None of those are quick fixes. One response of the government for combatting the slowdown has been to set up a five-member economic advisory council. Given the problem that the Indian economy faces, a council is unlikely to be a panacea but with economists to advise him, hopefully Mr. Modi will bite the bullets that he has to if he wants to get things back on track.   // ]]>