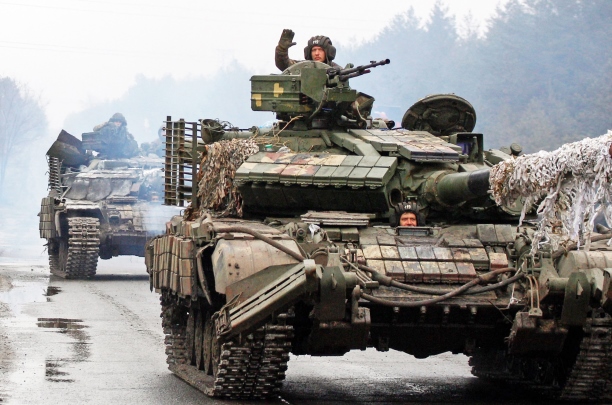 As the world hurtles down the road to a violent cold war 2.0, no speed-breakers are in sight. Explosions in the latest war zone and furious diplomatic postures have failed to muffle the cries of hundreds killed and a million-plus rendered homeless — and the fears of students, no matter which nationality, ejected from their classrooms.

As one worries over prospects of a possible World War III with nuclear weapons, no lessons have been learnt from the previous two. As part of a colonial empire, India contributed hugely with resources and soldiers, thousands of whom never returned home.

The stakes are many times higher now. Not a distant thunder, the conflict in Ukraine poses India a big diplomatic challenge with prospects of huge economic fallout. The immediate worry is of Ukrainian supplies of the sunflower oil. More significant are the fuels from Russia that has invaded Ukraine.

Objectively viewed from India, one cannot condone any invasion. But it is equally difficult to ignore what has led to it.  Russia has been pushed to the brink ever since the Soviet Union dissolved. Within limited space available here, it must be stated that a triumphal United States-led West has reneged and disregarded each treaty it has signed in the last three decades.

Despite clear understanding, 14 countries that were either part of the erstwhile USSR, or were its allies under the Warsaw Pact, have been admitted to the European Union and/or the NATO. Moscow has been systematically sought to be emasculated of its military and economic strength. The West has ignored warnings from its own scholars and security experts who warned of Russian reaction. That has finally come.

President Vladimir Putin saw his now-or-never chance to push back when the West knocked at its Ukraine doors. Ukraine is the resumed cold war’s prized-pick, a football, and encouraged and armed by the West, also a willing participant in the big-power tussle.

Tacit support from China, now the Number One challenger to the US/West, has bolstered Putin’s response. But Beijing will not help cushion the damage the conflict has brought Russia in military, economic and diplomatic terms.

ALSO READ: ‘I Regret The Day I Sent My Child To Ukraine For Studies’

On the other hand, China could be the biggest beneficiary. Like the US that has pushed more and more arms into Ukraine and will continue to profit by playing on European fears. Moscow, hit by Western sanctions, will become heavily dependent on Beijing. This is foregone, whatever the outcome of the current conflict.

Putin miscalculated doubly when he failed to force a regime change in Ukraine and did not find the local support, even from ethnic Russians. To his dismay, President Volodymyr Zelenskyy, an actor-dancer-turned-politician till 2019, is fighting back. Zelenskyy has refused to be evacuated and become another Cao Kỳ (South Vietnam) or even Ashraf Ghani (Afghanistan), and is Europe’s new hero.

One recalls intense Soviet pressures on India in 1971 to achieve the military objective and end the conflict fast. India did that in two weeks with Bangladesh’s liberation. Moscow had held out with the UN Security Council vetoes and ensured China’s inaction, if not neutrality. It worked then. Nine days since Putin’s “special military operation” was launched (as this is being written) is too short a time to conclude if Putin has attained his objective.

It is likely that the Russian war machine may eventually gain Ukraine’s notional control. But it will be a pyrrhic victory with uncertain, violent borders. The regime change that Putin wants will require him to deploy more soldiers on the ground to retain control, even more so, if it leads to insurgency. The prospects are daunting, and Russia cannot afford another Afghanistan.

A question nobody seems to ask is, what would happen to President Biden if Ukraine is lost, so soon after the humiliating evacuation from Afghanistan. Too early to predict the 2024 elections, but the US has a strong political system.

By comparison and contrast, what if Putin loses out completely? A strong political system that makes his answerable is absent in Russia, like the erstwhile Communist Party that could replace him. Supreme, Putin can get away – at the expense of Russian people.

As of now, Putin has lost the battle of perceptions. The global media, well under the control of the US/West, is painting him as the aggressor. Coupled with social media, the discourse is heavily anti-Russia. Anyone can take a photo with cellphone and circulate. That makes the cold war’s resumption stark.

Excluding the sane and objective minds (including many in the US/West), nobody lends an ear to Putin’s fulminations on how and why the world witnessed conflicts in Iraq, Libya, Syria, other trouble-spots, and fomenting of faith-based rebellions across Asia and Africa. The media’s world is unipolar.

With its experience of evacuating people from war-hit zones and airlifting 170,000 people during the 1990 Kuwait crisis, India has done well to evacuate the students who went through harrowing time. The government has been accused of not foreseeing the crisis. Nobody has pondered whether students who spent precious money to be in Ukraine would have agreed. The better-off Indians stranded in Kuwait were reluctant.

Fending off Western pressures, India has stayed neutral at the UNSC and rightly so. It has to strike a balance as it did, under varying circumstances, in the past. But the question is, how long, on the current crisis? India has signaled willingness to counter a Russian claim, made by none less than Putin, of Ukrainian authorities holding Indian students hostage.

Besides the need to deal with Eurasia, India is the biggest among 45 other nations that import Russian defence systems. India’s dependence on Russia, estimated at anything between 60 to 80 percent, may reduce only over time.

The US waiver on Delhi’s defence purchases from Moscow will become more difficult. Reports are that some deals with Russia have already been cancelled. It may capitulate, like it did over Iranian oil imports. With an adversarial China on the Russian side, the pressures will multiply. What will be India’s role in multilateral bodies like BRICS, Quad and Shanghai Cooperation Council? When it comes to diplomacy, it’s a cruel world that kills you with a smile.

Among many things, this exposes India’s medical education muddle. Some 20,000 Indians studying medicine in Ukraine needed to be evacuated. As one of them succinctly put it, a Ukrainian medical degree is accepted all over Europe. Saying this is not to rubbish the students whose families spend hard-earned money, but much less than what is needed for an Indian degree. The truth is there are too many wannabe doctors chasing too few seats. And these seats come with ‘donations’ collected by politicians who own these colleges.

Foreign policy, save Pakistan that most governments have exploited for political and electoral gains, has always been peripheral to India’s politics. Considering that, a semblance of consensus has evolved on the Ukraine crisis.

The Congress distanced itself from two of its stalwarts, Shashi Tharoor and Manish Tiwari who questioned India’s posture at the UN. It does not wish to be seen as taking sides. A generally combative Mamata Banerjee has extended “unconditional support” to the Modi Government. The Left parties, who would have normally condemned the ‘imperialist’ US/West, are silent. But surely, everybody will respond after the outcome of the state assembly polls, especially in Uttar Pradesh, gets known. 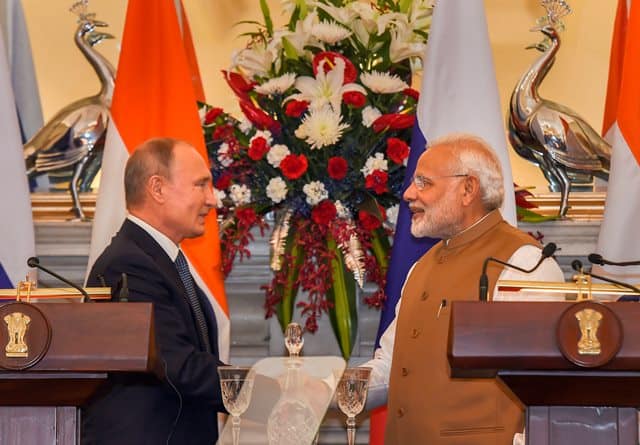