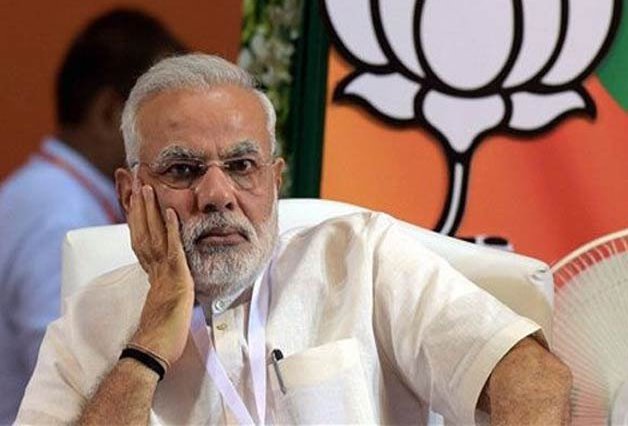 If you looked at a comprehensive list of festivals in India it could seem staggering. India is often known as the country of festivals. With its range of diverse cultures, languages, costumes, number of religions, number of gods or avatars of god that are worshipped, and different ethnic backgrounds that is not surprising. But there is one type of festival that is different from the others and, possibly, unique to India. These are elections.

In any other democracy, elections are only a necessity, a periodic group decision-making process through which citizens choose individuals to public office: a mere means to an end. But in India, elections, especially when they are for electing MPs or MLAs become supercharged events that can rival the most popular festivals in the country.

In roughly two months from now will begin a series of elections to state assemblies. The elections covering seven states (eight, if Jammu & Kashmir, where there is President’s Rule, also goes to the polls) will begin in February and go on till the end of 2022. And because these state assembly elections can have a bearing on what happens in the parliamentary elections in 2024, the entire political apparatus of the country will be obsessed with them.

Among the states that will hold elections are important ones. Uttar Pradesh, the most populous state in India (pop: >204 million) where the BJP has been in power since 2017 is one. Many believe that what happens in the UP elections often determines the outcome of parliamentary elections. Gujarat, a stronghold of the BJP and Prime Minister Narendra Modi’s home state where he was chief minister for over a dozen years, is another. Then there are other small but significant elections. In Goa, where the BJP is in power, and where the contest has usually been between the BJP and the Congress, there is an aggressive new challenger–Mamata Banerjee’s All-India Trinamool Congress (AITC).

ALSO READ: Nuts & Bolts Of Mamata’s Not So Nutty Plan For Goa

What happens in Punjab would also be interesting to watch. Although the Congress is in power in the state, a few months back the state’s former chief minister and veteran Congressman Amarinder Singh resigned because of internal discord in the party. Singh has now announced the formation of his own party and that may be a force to contend with. In Punjab, it has traditionally been a two-sided battle between the Akali Dal and its alliances and the Congress and its alliances. If the former chief minister forms a new party and enters the fray, the shape of the contest could change dramatically.

In the meantime, there are mixed perceptions about the popularity of Mr. Modi and his party, which won the parliamentary elections convincingly (the National Democratic Alliance, which the BJP leads, has 334 of the 543 seats in Lok Sabha) in 2019. That clearly meant Mr Modi and his party were in top form when it came to popularity. But in August this year, when India Today magazine did its Mood of the Nation survey, polling 14,600 respondents, just 24% of them said they considered Modi best suited to be India’s Prime Minister.

Mr Modi’s plummeting popularity may have quite a bit to do with the ripple effects of the COVID-19 pandemic. The pandemic has hit India hard and while infections, hospitalization, and deaths have soared, it is the economic impact of the pandemic that has hit Indians hard. As many as 70% of the respondents in the poll said their incomes had fallen during the pandemic, and a third of them charged his government with inability to rein in price rises across the board–beginning with petrol and diesel prices that have soared.

How accurate are such surveys? It’s difficult to say. Because, in October, barely two months after the Mood of the Nation survey, another survey by YouGov, an international Internet-based market research and data analytics firm, found that Mr Modi’s approval ratings had bounced back. Based on YouGov’s methodology, his popularity among urban Indians had increased from 53% in August to 59% in October.

Part of the problem with such surveys is their sample size of respondents. India’s population is in excess of 1.3 billion. Even if we consider the urban proportion of that, it is more than 480 million people. The Mood of the Nation survey had 14,600 respondents. And, YouGov’s survey had 5,095. These are very small sample numbers relative to the universe that they try to find a proxy for and the accuracy of opinion polls based on such samples in a very diverse country can be questioned. For the record, the YouGov survey found that there was a North-South divide in Mr Modi’s approval ratings: he enjoyed a 63% approval rating among residents of Northern India, but 36% of those residing in Southern India disapproved of him.

There are, however, some fun facts in other survey-based research that YouGov has done. In YouGov America’s survey of The Most Popular Foreign Politicians, carried out among US citizens in the third quarter of 2021, Mr Modi ranks at No. 13, just below Russia’s Vladimir Putin (No. 12) and just above Mexico’s former president, Enrique Pena Nieto. And just in case, you are wondering who was on top on that list, here it is: at No.1 it was Angela Merkel, the former chancellor of Germany; at second spot, it was Canada’s Prime Minister Justin Trudeau; and at the third position, it was France’s president, Emmanuel Macron.