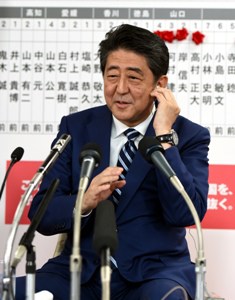 Korea North Supreme leader Kim Jong-un. (File Photo: IANS)[/caption] Significantly enough, North Korea’s geographic location is highly strategic for China as North Korea shares a land border (the 38th parallel) with South Korea and across the Sea of Japan, is the Japanese mainland. Notable here is that South Korea and Japan have been allies of the US since the Cold War era. Both South Korea and Japan have been traditional competitors for China in the region. The United States maintains military bases in both these countries with an intention to maintain strategic control in the West Pacific region. In the contemporary context, such strategic control is effectively directed at China, which in the opinion of many scholars is now a ‘world power’ and is increasingly threatening the status of United States as the only global player in the international system. Furthermore, the situation becomes more complicated for the US, with the fact that North Korea also shares border with Russia in the north and Russia has been increasingly collaborating with China in matters of international importance. Russia has unilaterally opposed the Japanese purchase of the Aegis anti-ballisitic missile defence system as well as the upgradation of the warship to an aircraft carrier. The nuclear programme and the ICBMs, which earlier were declared to be for peaceful purposes by the North Koreans are now overtly directed at the United States as North Korean statements attest. The North Korean ballistic missiles now evidently have a range of more than 10,000 Kilometres and are capable of carrying nuclear warheads right to the United States mainland. The US Alaskan territory has always been within the range of the North Korean missiles. Apart from the US, Seoul and Tokyo are the two other places feeling directly threatened. An important fact about the North East Asian region, but which is often overlooked is the presence of five of the most important economies of the world. United States through Alaska, China, Russia, Japan and South Korea have close  geographical presence in the region. Further, the region, in Saul B. Cohen’s Geopolitical System (2010) is not part of any of the geostrategic realms, namely, the Atlantic and Pacific Trade Dependent Maritime Realm anchored by the United States and the Eurasian Heartlandic Realm anchored by Russia. Therefore, it creates a sort of shatterbelt, which is not deeply interlinked to any of the world’s major geopolitical regional pacts from which it can derive its stability from. The rivalries in the region are deeply entrenched, eg. Japan Vs. China, Japan Vs. South Korea and South Korea Vs. North Korea, with strong geopolitical overtones. The basis of these rivalries in some cases is hard geopolitics, Senkaku/Diayou islands dispute between Japan and China, painful and difficult historical experience for the South Koreans with Japan since World War II and the division itself of North and South Korea. In addition, the emergence of China as a great power complicates the regional scenario. China projects its might very effectively in the region owing to its proximity and recently acquired economic influence. Therefore, the geopolitical scenario in Northeast Asia and the North Korean belligerence not only concerns the US and China but has severe implications for the larger region and the world. Japan, one of the defeated parties of the World War II, which had adopted a very pacific attitude towards the use of force so far, is rearming itself heavily due to the North Korean threat. The Japanese efforts to rearm are supported by the US. However, the domestic constituency for the military revival in Japan is also growing as the popularity of Prime Minister Shinzo Abe since October 2017 indicates. Abe has been known for his hardline policies towards North Korea and strengthening alliance with the US. No one can now doubt that Japan is gradually moving toward becoming a full- fledged military nation owing to threats in the region, not only from North Korea but also from an aggressive Peoples Republic of China (PRC). In the face of these threats Japan has chosen to rearm and it should not surprise strategic analysts if the Japanese in the near future decide to go nuclear. With the available nuclear energy technology and the political and economic clout in the international system, Japan may not find it difficult to convince the world. So, in the near future the world may see a more assertive Japan. // ]]>