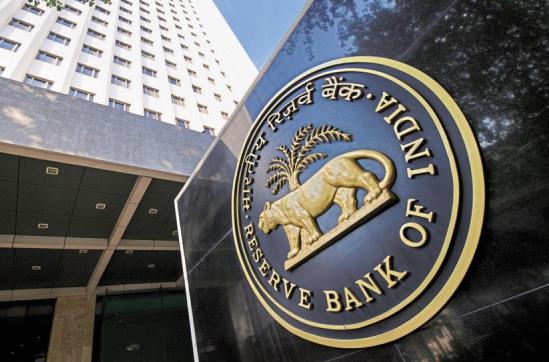 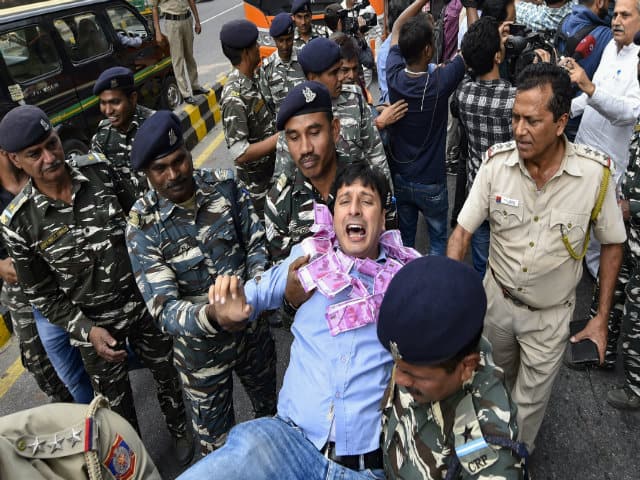 A sharp spurt in food and fuel prices pushed India’s annual retail inflation in November over the RBI’s median level of 4 per cent, even as factory output growth in October contracted to 2.2 per cent official data showed on Tuesday. According to the data from the Ministry of Statistics & Programme Implementation, consumer price index (CPI) inflation in November rose to 4.88 per cent from 3.58 per cent reported for October. The rate of retail food inflation during November stood at 4.41 per cent on a year-on-year basis, as compared 1.90 per cent the previous month owing to a rise in the prices of items like vegetables, milk-based products, cereals, meat and fish. The “fuel and light’ segment’s inflation rate accelerated to 7.92 per cent in November. Vegetables during the month became costlier by a staggering 22.48 per cent, while prices of milk-based products rose by 4.52 per cent. Meanwhile, data on Tuesday also showed the country’s factory output growth slipped to 2.2 per cent in October, from 4.14 per cent in September, mainly on account of a deceleration in manufacturing and mining outputs. As per the Index of Industrial Production (IIP) data released by the Central Statistics Office, on a year-on-year basis, the manufacturing sector expanded by 2.5 per cent, whereas mining output was a mere 0.2 per cent and electricity generation expanded by 3.2 per cent. The Reserve Bank of India (RBI) has a medium-term target for consumer price index (CPI) inflation of 4 per cent with a range band of 2 per cent either way. At its fifth bi-monthly monetary policy review of the fiscal earlier the month, the RBI kept its key lending rate unchanged at 6 per cent for the third time in a row, citing concerns over the rising trajectory of inflation. Commenting on the IIP data, industry chamber Assocham said manufacturing activity slowed in October as inflows of new orders stagnated “even as negative effects from implementation of Goods and Services Tax (GST) continued to dampen demand levels.” “Demand side scenario for intermediate and basic goods is not encouraging and needs attention to identify factors and remedial measures for revival,” Assocham Secretary General D.S. Rawat said in a statement here. “We at Assocham expect that domestic conditions for growth will improve gradually, mainly driven by consumption demand, which is expected to strengthen with implementation of the Seventh Pay Commission and government stimulus package to revive the economy,” he added.

Former Reserve Bank of India (RBI) Governor Raghuram Rajan will be an apt pick to head the US Federal Reserve, global financial magazine Barron’s has said. “If sports teams can recruit the best talent from around the globe, why not central banks?” an article in Barron’s magazine asked, as it pitched for Rajan as the next chairman of the American central bank. US President Donald Trump is expected to soon announce a successor to Federal Reserve Chair Janet Yellen, whose term will end early next year. “Nowhere on the short list of potential candidates to lead the Federal Reserve is the current star among the world’s central bankers — someone who oversaw a sharp drop in inflation, the stabilization of a currency and a 50 per cent jump in stock prices,” the article stated. “Perhaps more important, his was a lonely but prescient voice warning of a financial crisis resulting from excessive risk-taking in credit derivatives-years before it hit.” There are precedents for central banks to be headed by non-citizens such as Canadian-born Mark Carney at the Bank of England, the article said. It said “nobody is touting Rajan for a Fed post although he had been mentioned as possible Nobel laureate in economics”. In 2013, Rajan became the RBI head at a time when the rupee was sliding and prices were soaring. Despite his success in crushing the double-digit inflation, he did not get a second term. He also warned against Modi’s demonetisation plan late last year when much of the nation’s currency was withdrawn from circulation as an anti-corruption measure. Now Rajan is back at the Booth School of the University of Chicago where he had taught until 2003, when he became the youngest chief economist and director of research at the International Monetary Fund and the first non-Westerner to hold the post. He also predicted a financial crisis at an annual gathering of economists and bankers in the US in 2005.

RBI clarifies that linking Aadhaar to bank accounts is mandatoryhttps://t.co/u2U6I8ZfRZ

— ReserveBankOfIndia (@RBI) October 21, 2017 In a response to a Right to Information (RTI) Act application filed by Moneylife India and carried by it on October 18, the RBI said: “The Government has issued a Gazette Notification GSR 538(E) dated 1 June 2017 regarding Prevention of Money laundering (Maintenance of Records) Second Amendment Rules, 2017, inter-alia, making furnishing of Aadhaar (for those individuals who are eligible to be enrolled for Aadhaar) and permanent number (PAN) mandatory for opening a bank account. It may be noted that Reserve Bank has not yet issued instruction in this regard”. Clarifying its position, RBI in a statement on Saturday said: “…in applicable cases, linkage of Aadhaar number to bank account is mandatory under the Prevention of Money-laundering (Maintenance of Records) Second Amendment Rules, 2017 published in the Official Gazette on June 1, 2017. These Rules have statutory force and, as such, banks have to implement them without awaiting further instructions.” The RTI query further asked whether RBI had Supreme Court’s permission to mandatorily link Aadhaar with bank accounts. In its reply RBI said it had not filed any such petition before the Supreme Court.

The government has made it mandatory to link bank accounts with the 12-digit biometric identification number. The deadline to do it is December 31, 2017. This linking of Aadhaar to bank accounts is a process over and above the Know Your Customer (KYC) norms already followed by the banks. Finance Minister Arun Jaitley in August had said that 524 million Aadhaar numbers had been linked to 736.2 million bank accounts in India. Banks accounts in India are already linked to the tax-related Permanent Account Number (PAN), which is mandatory. The finance minister had outlined a “one billion-one billion-one billion vision” for the country. “That is one billion unique Aadhaar numbers linked to one billion bank accounts and one billion mobile phones. Once that is done, all of India can become part of the financial and digital mainstream,” Jaitley had said.

On August 30, the Supreme Court had said it would hear a batch of petitions on Aadhaar-related matters in November. The Supreme Court was reacting to the Centre saying it would extend the deadline to furnish Aaadhar for welfare schemes to December 31. On August 24, a nine-judge Constitution bench of the Supreme Court declared the Right to Privacy as a fundamental right saying it is protected as an intrinsic part of the right to life and personal liberty under Article 21 and as a part of the freedoms guaranteed by Part III of the Constitution. Most legal experts are agreed this will have a bearing on whether the government has a right to make Aadhaar linkage mandatory for non-welfare services like banking and telephony. (with IANS) // ]]>