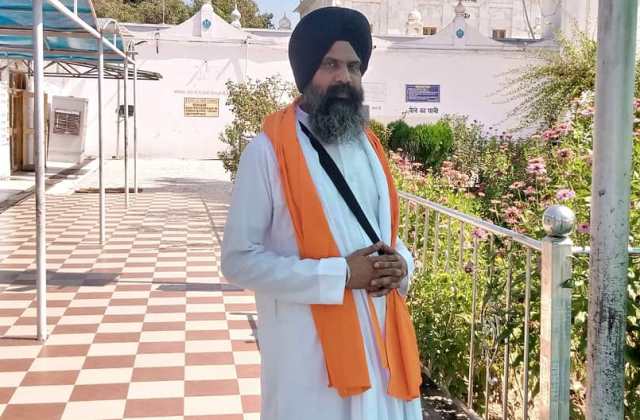 Lakhwinder Singh, the head Granthi at Nanakmatta Sahib, Uttarakhand, says the principle of compassion for all and discrimination to none must be inculcated in every human being

Dharmguruon ko dharm ki hi bat karni chahiye, siyasat nahi karni chahiye (A religious guru must work in the domain of religion, not dabble into politics). Similarly, politicians should serve people rather than try to be representatives of religion. While I agree that the situation in our country might have become communally charged of late, I won’t say that religious leaders have failed in their duty.

Most gurus do foster communal harmony. Anyone who has truly understood the essence of divine will show compassion to others. Any religious leader who propagates hate towards other communities or talks about them in bad light isn’t a guru. A priest interested in politics isn’t serving God, only his or her own interests.

A guru is meant to guide everyone, same goes for the politician: both should not discriminate. A guru gives people roots, while a political leader gives them wings. Both should be above hatred. Guru Nanak Dev Ji has taught us that seva and daya (service and compassion) are the pillars of true Dharma. Sikhism believes that humanity is always bigger than community.

Across the world, wherever there is an upheaval, political or natural, you will find Sikhs at the forefront. Even right now, people from Khalsa Aid are helping those affected by war in Ukraine. A true religion is born out of compassion. So one of the first rules of Sikhism is non-discrimination and ensuring that we helped those who are in a difficult situation. Blessings for all, wellbeing of all – sarbat da bhala.

Religious leaders must give hope to the people. We cannot just sit and lament at the situation, we need to do something about it: spread compassion and love. If we want the mahaul of our country to change, then we need to slow down the hustle culture first of all. Only when families get time to sit and talk with each other can compassion truly flourish.

If children don’t feel loved or heard how can we expect them to spread love and compassion to others, especially towards women? When a family is strong, it makes the mohalla strong and then the town and then the state, country and finally the world…you get the drift. World peace begins at home. I believe faith will always be stronger than political outlooks.

As about the ongoing hijab controversy, I feel that people should understand that the essence of religion lies not in our clothes, but in our hearts, especially in how we behave towards others. Jaisa des, waisa bhes means you understand the importance of culture as well along with religion. We have a school uniform, especially so we all understand that we are ‘uniform’ while accessing education.

So I feel that people from either side should not fight over these issues. However, I do feel sad about the condition of women in our country. Our mothers and sisters definitely need to be treated with so much more respect. We cannot hurt women in the name of protecting our own religion or trying to prove any other point in general. 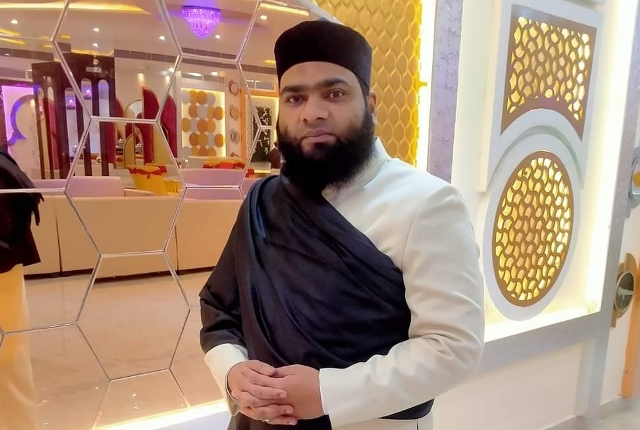 Since times immemorial the division between the state and religion has been remarkably thin. For, both seek to work towards the welfare and betterment of the masses under its influence.

It is thus incumbent on a religious leader to bring about positive, ethical advancement in humanity at large and the surrounding community in particular. To that effect, I believe that India’s religious leaders and scholars have failed in the cherished goal. Allow me to explain.

Thanks to modern mass communication means, we have so many religious leaders sermonising from real and electronic platforms 24×7. Yet, look at the state of our society. Growing intolerance, rising graph of crimes, particularly against women, domestic violence, falling family values…. Clearly, our mentors, both political and religious, have failed in their duty.

Today, most religious leaders are behaving like politicians and politicians are increasingly acting like religious gurus. Precisely the reason that an inclusive, secular and cohesive atmosphere that we grew up in is getting eroded.

Our religious influencers only preach. I wish if our muftis or gurus tried to be good listeners and heard people’s concerns before offering them unsolicited guidance, matters could have been different. For, religion is meant to adapt itself to the contemporary times.

Religious leaders need to get out of their ivory towers and interact with people on issues that impact their daily lives. As a State seeks to make its citizens abide by the law to create a safe and orderly environment, religion nurtures the faithful to become sensitive humans to help the vulnerable and the weak.

ALSO READ: People Are Getting Too Touchy About Religious Identity

But we have reduced religion to Us-Versus-Them symbols. One glaring example of this absurdity is the ongoing hijab controversy. The choice of whether or not to wear a headscarf should lie with an individual. Even religious leaders can only lay down guidelines but cannot push anyone to follow it.

If anyone were to ask for my advice to the young girls caught in the dilemma I would say more importance be given to education. But ideally, young girls shouldn’t have had to choose between education and hijab. Education teaches us to make decisions for ourselves, should a decision be forced on those pursuing education then? If UP Chief Minister Yogi Adityanath can wear saffron robes to office, why can’t schoolgirls in Karnataka or anywhere else for that matter, wear a hijab?

On one hand I am glad that most religious leaders didn’t talk about the matter because they didn’t want to play into the hands of politicians/media but on the other hand I feel that the youngsters must be feeling lost without any guiding voices. Sometimes I wonder where the prominent feminist voices are, but perhaps they can also see through the political ruse. All in all a very difficult situation to navigate.

All religious leaders, irrespective of their faith, should focus as much on the context as the text. We need to see how much religious books can help us lead better lives rather than take out just one line from the book and twist the narrative. It is time religious leaders stopped pandering to politics. And it would do well for political leaders to understand the religion they follow in an in-depth manner.