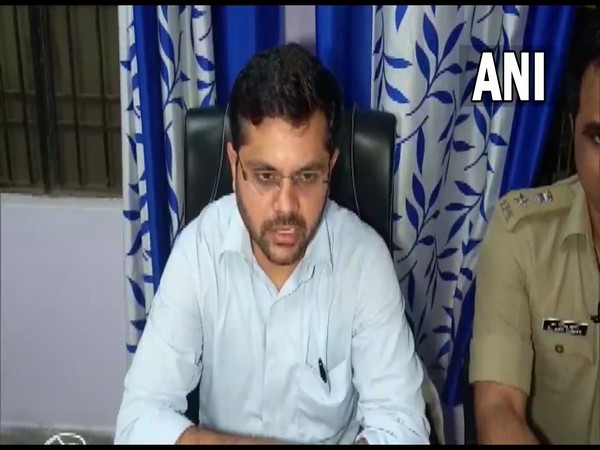 Five people, including three children, have so far died after a fire broke out at a Durga Puja pandal in Uttar Pradesh’s, Bhadoi district, police said on Monday.

The fire broke out on Sunday in the Aurai town at the pandal during the Aarti session to mark the Saptami or the seventh day of Navratri festivities.
Bhadohi DM, Gaurang Rathi said today, “The death toll in the Bhadohi Durga Puja pandal fire incident has risen to five. Three children and two women have died.”

Of the five deceased, three people – one Jai Devi and her two grandchildren- belonged to the same family, which has left the family in a state of shock.

Jai Devi’s husband said, “Along with my wife, three of her daughters-in-law and two grandchildren had gone to the pandal. While the woman and one of the children died in hospital, one more child died today morning at home”.

Earlier on Monday, it was reported that three people had died in the incident.

“The death toll has reached three in the Bhadohi Durga Puja pandal matter. A 12-year-old boy, a 10-year-old boy, and a 45-year-old woman died in the incident, “the DM said.” “

On Sunday night, the Bhadohi SP, Anil Kumar informed about the incident saying that the fire broke at the time of aarti.

“At around 9 pm, a fire broke out at Durga Puja pandal in Bhadohi as it was the time of aarti. Around 10-15 people were injured and were immediately rushed to the hospital,” the SP said.

Gaurang Rathi, the Bhadohi DM informed that the incident happened prime facie because of a short circuit.

“Around 150 people were present during the Durga Puja aarti when the fire broke out. 52 people were admitted to different hospitals. People having 30–40 percent burns have been admitted to trauma centers and every patient is stable. Prime facie, the incident happened due to a short circuit, further probe is on,” the DM said late Sunday night. (ANI)