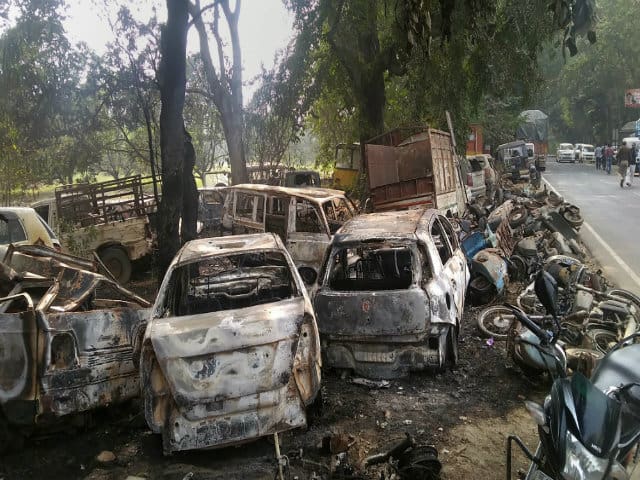 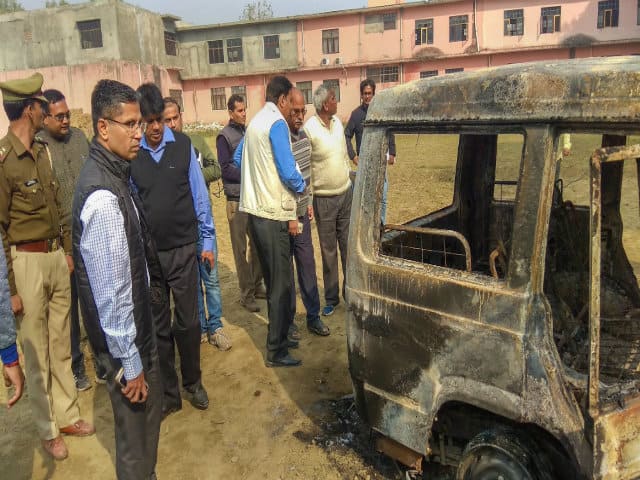 #Bulandshahr Cop’s Killing: ‘Today, I Lost My Brother Because Of A Cow’, Says Sister#BulandshaharViolence https://t.co/3soYRdjOmA

“Today it was my father, who is going to be next”, asks Abhishek Singh son of cop Subhodh Kumar who lost his life during the #BulandshaharViolence.

In fact, the entire country wants to know from @narendramodi @myogiadityanath @BJP4India Who Is Next in your communal warfare? pic.twitter.com/coRRCozZxu — Gaurav Pandhi (@GauravPandhi) December 4, 2018

ANI quotes Sister of Policeman Subodh Singh: My brother was investigating Akhlaq case & that is why he was killed, it’s a conspiracy by Police. He should be declared martyr and memorial should be built. We do not want money. #BulandshaharViolence pic.twitter.com/0T9EOIzX7m

ANI quotes Kapil Sibal: It’s a shocking state of affairs how a mob killed an officer investigating the Akhlaq case.Who gives these people the authority to take law in their hands? Instead of taking care of his state Yogi is going to Telangana & spewing venom #BulandshaharViolence pic.twitter.com/yLOfUa6Ef8

As police continued their investigations, emotions ran high as the families prepared for the last rites. Singh’s body, draped in the tricolour, was given a gun salute. From Bulandshahr, the body was taken to his ancestral home in Etah. The deceased policeman’s son Abhishek said his father wanted him to be a good citizen who doesn’t incite violence in society in the name of religion. “My father has lost his life in this Hindu-Muslim dispute. Whose father is next?” he asked tearfully. Abhishek said he last spoke to his father when he phoned him to inquire whether he had studied and eaten. Demanding “martyr” status for the slain inspector, who was one of those who initially probed the 2015 lynching of Mohammed Akhlaq, his sister alleged his killing was a conspiracy of the police and demanded martyr status for him. “My brother was killed in a police conspiracy as he was probing a cow slaughter case… He should be given martyr status and a memorial should be constructed in his name in our native place,” Sunita Singh told reporters. “The cow is our mother, I accept it. My brother has given his life for her. The CM used to chant ‘gau.. gau.. gau’.. Why can’t he come for ‘gau raksha’,” an emotional Sunita Singh asked, hitting out at Uttar Pradesh Chief Minister Yogi Adityanath. In Chingrawati village, Sumit’s family refused to conduct his last rites until the government assured Rs 50 lakh compensation, pension to his parents and a police job to his kin. His father Amarjeet Singh also demanded state funeral as accorded to Singh. Bulandshahr MP Bhola Singh and local MLA Devendra Lodhi, both from the BJP, visited Sumit’s family in Chingrawati. Lodhi accused the district administration and police of improper handling of the case. The BJP legislator said locals from the two villages of Mahav and Chingravathi had found the carcass of a cow and reported the matter to the police on Monday morning. “Police should have registered the case, filed an FIR and taken action accordingly. But since they did not take any action, it resulted in the violence,” Lodhi told PTI. While Bahujan Samaj Party (BSP) chief Mayawati blamed the “irresponsible and wrong” policies of the BJP government in Uttar Pradesh for the mob violence, the CPI(M) held Yogi Adityanath’s “communally provocative speeches” responsible. The violence was “planned” in view of the 2019 Lok Sabha polls, it said. The rampaging mob protesting alleged illegal cow slaughter torched a police post and clashed with cops on Monday, according to the police. According to Additional Director General (Meerut zone) Prashant Kumar, the protesters from Mahaw village and nearby areas pelted stones at the police and indulged in arson, set ablaze several vehicles and Chingarwathi Police Chowki, after some body parts of cows were found in a jungle near the village, prompting the police to open fire. A chilling video showing the body of a policeman slumped to the ground from the seat of a police vehicle surrounded by some people came to light after the incident. The accused have been booked under various sections of the Indian Penal Code, including those related to rioting, murder and attempt to murder. PTI]]> 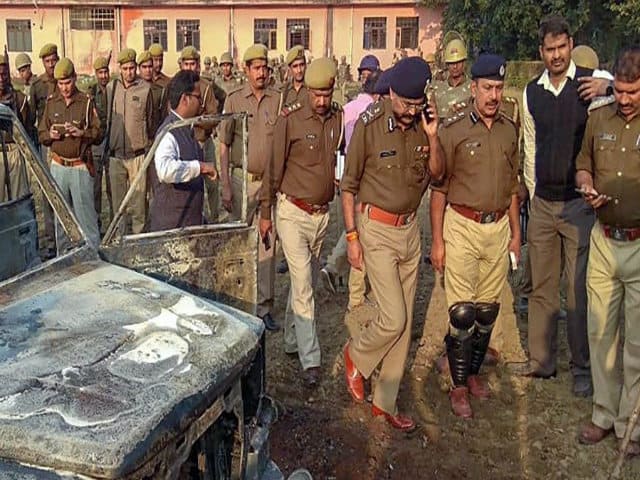 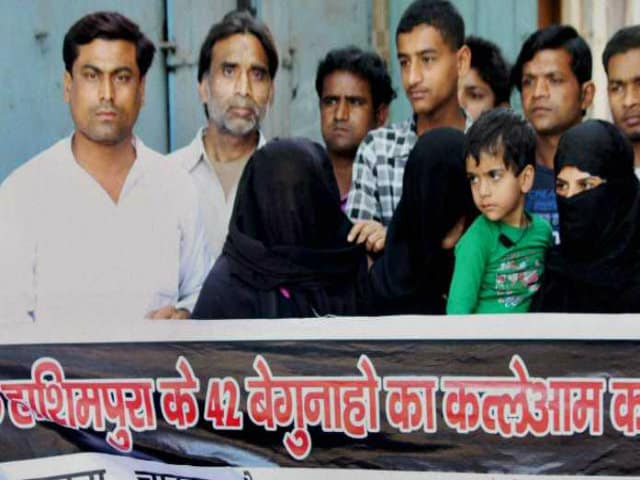 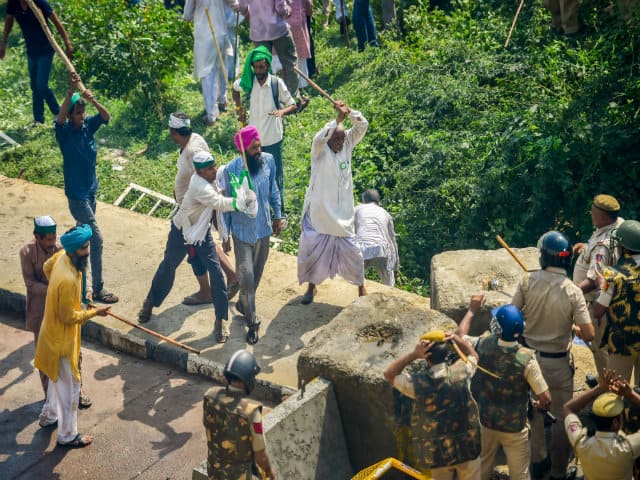 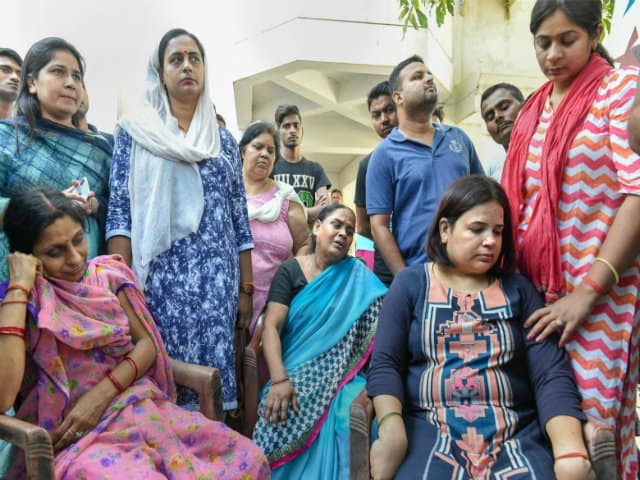 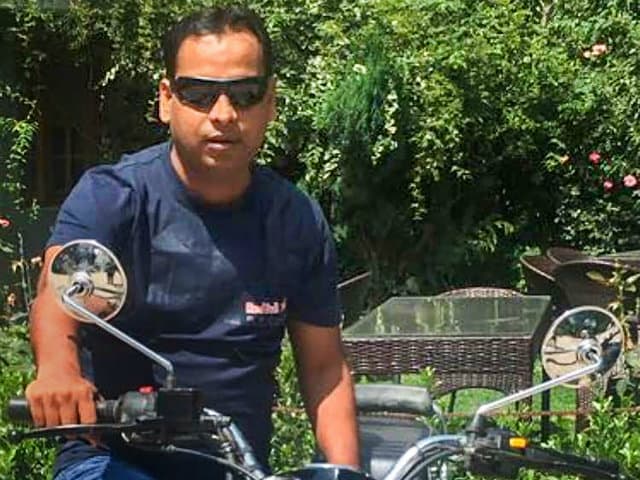