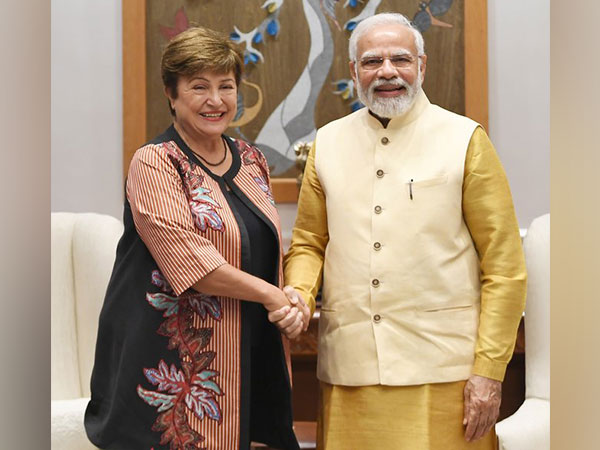 The International Monetary Fund on Thursday praised India as a “bright spot in a dark horizon” due to the rapidly-growing economy even in these difficult times, adding that the country will leave a mark on the world for years to come during next year’s presidency of G20.

Addressing a press briefing, IMF’s Managing Director, Kristalina Georgieva said, “India deserves to be called a bright spot in this otherwise dark horizon because it has been a fast-growing economy, even during these difficult times, but most importantly, this growth is underpinned by structural reforms. “

The top IMF official made this comment on the sidelines of annual meetings of the Boards of Governors of the International Monetary Fund (IMF) and the World Bank Group (WBG) in Washington.

Praising India’s digital economy, Georgieva said that the remarkable success of digitisation in India is the digital ID that provides all services and support on the basis of “digital access.” She further added that digitisation is a huge factor in India’s success.

Responding to a question regarding her expectation from India while heading the G20 group, IMF Managing Director said, “The country (India) is now stepping into taking the lead on G20 from that position of strength which makes me strongly believe that we will see India leaving a mark on the world for years to come during next year’s presidency.”

While addressing the presser, Georgieva said that India can bring more fairness to IMF. It has been a very strong voice and also financially strong, and could bring fair representation in IMF.

Talking about renewable energy, IMF’s Managing Director said, “India has really leapfrogged in terms of solar and other forms of renewable energy. So I very much look forward to next year and I am sure that it would make the people of India, the whole nearly one point four billion of them very proud.”

Answering a question about the G20 representative, IMF top official said, “India is the next chair of G20 and they are very committed to a strong quarter-based well resourced IMF and we might see more engagement that comes under their leadership.”

This praise for India’s economy comes as the country continues to maintain its position as the fastest-growing major economy in the world.

In its latest World Economic Outlook report, the IMF noted, “The outlook for India is for growth of 6.8 per cent in 2022, a 0.6 percentage point downgrade since the July forecast, reflecting a weaker-than-expected outturn in the second quarter (April-June) and more subdued external demand.”

In its July 2022 report, the IMF had pegged India’s GDP growth for 2022 at 7.4 per cent. The IMF’s latest projection on India’s GDP growth is lower than the 7 per cent growth pegged by the Reserve Bank of India (RBI) for the financial year 2022-23. (ANI)