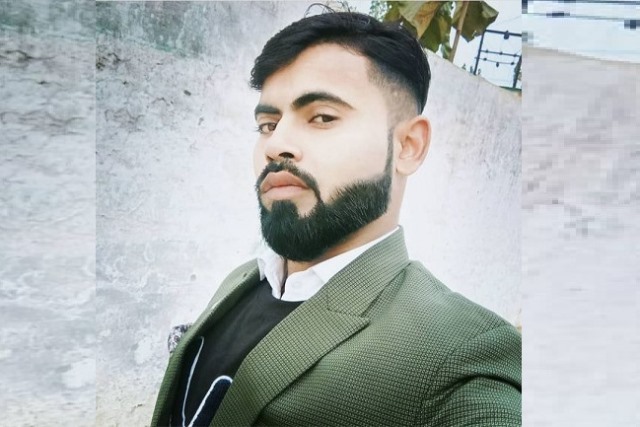 Ashish Yadav, 24, a Samajwadi Party supporter from Bareilly, says the BJP may have won Uttar Pradesh elections by unfair means

Yogi Adityanath coming to power a second time isn’t good for the youth of Uttar Pradesh, but the youngsters supporting the BJP cannot see it for now. There are no employment opportunities in the state and youth are being made to suffer due to lack of strategy and planning on part of the government.

I would have preferred Samajwadi Party at the helm and Akhilesh Yadav in the chief minister’s office. Yadav is an educated man and understands the important of providing educational as well as employment opportunities for the youth. Given the way the pandemic has flat-lined economic development and subsequent employment opportunities, a good, compassionate and empathetic leader is the need of the hour.

I have always wanted to be a teacher, but sadly, I’m still unemployed. Either there are no vacancies or if there are any jobs, there is so much mismanagement that one feels utterly helpless. It might do well for people to remember news of the rampant irregularities in the recruitment process for 69,000 assistant teachers in Uttar Pradesh in 2020.

The BJP claims to have solid administration, but then how could mismanagement on such a large scale happen? Many people were appointed as late as December/January and I believe it kind of influenced the voting patterns of people. Wouldn’t someone feel indebted to the government for finally getting a job?

Samajwadi Party’s vote share has gone up in these elections and that is surely an encouraging thing. Sometimes I wonder if the BJP has won these elections in a fair manner. The whole EVM controversy points towards something different. BJP ko power ka ghamand ho gaya hai isliye wo janta ki choices ki izzat nahi karti (an arrogant BJP couldn’t care less about the people’s mandate).

ALSO READ: ‘Yogi Can Break Our Bones, Not Resolve’

However, it is important to note that the local leader (MLA) is as important as the Chief Minister. For, they understand the ground reality and are the link between the common man and the CM. Many people say that during Samajwadi Party’s tenure the crime rate was high and Yogi has managed to bring it down. But are the rules of law being followed? Are we going to turn into a society that forgets the context and doesn’t take into account the larger picture?

I admit that the Samajwadi Party needs to strengthen its administration but I believe that its heart is in the right place and the leadership at top understands the concerns of the common man.

There are many BJP leaders who consider themselves superior to the people they represent and are adept at pointing towards the mistakes of others, whenever a problem is pointed out. The former minister of basic education, Satish Chandra Dwivedi, hasn’t been very sensitive towards the needs of the students or teachers at the primary level. I hope the new education minister does better work.

I am also happy about the fact that Akhilesh Yadav has resigned from his Lok Sabha seat as it will help him to focus on local/state politics better. That is the need of the hour and I can see a better future under the Samajwadi Party. It is a welcome step and Samajwadi Party just needs to strengthen its communication skills.