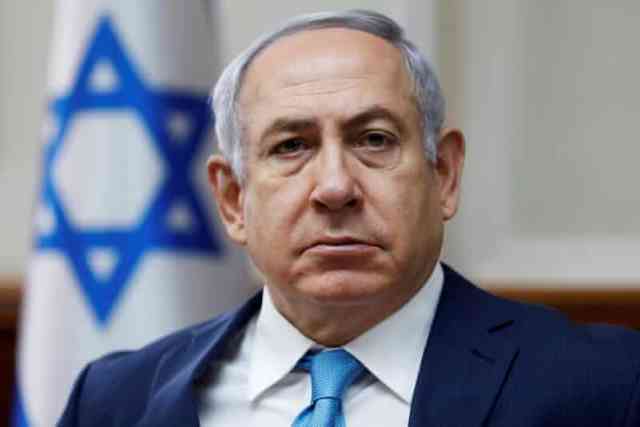 The Israeli parliament was dissolved in December 2020 on the advice of Prime Minister Benjamin Netanyahu who wanted to improve his party’s position in the legislature, and the nation went for early elections in March 21, the fourth in two years. In the proportional representative system of parliamentary democracy, in Knesset, a house having 120 seats; no single party by itself has ever got 61 seats to obtain a simple majority. Likud, a Right wing ruling party has lost six seats from the earlier 36 and along with allies, has once again fallen short of nine seats by securing a total of 52 seats. The political instability in Israel is likely to continue in the near future.

Netanyahu has been the youngest ever and the longest serving Prime Minister of Israel since 2009. Bibi, as he is affectionately called, comes from an affluent secular Jewish family, and was based both in Jerusalem and Philadelphia. While he was born in Jerusalem, he graduated from high school in US and returned to Israel to join Israel Defence Forces (IDF) in 1967; after the Six Day War, and took part as a team leader in Yom Kippur war of 1973.

He was also wounded in 1972 during Operation Isotope and returned to US for doing college after his military service. He became a technocrat after doing Bachelor and Master of Science from Massachusetts Institute of Technology. Benjamin Netanyahu is the younger brother of Yonnie Natanyahu, a national hero who was commander of the Special Forces in raid at Entebbe airport to release the hostages in July 1976. Yonnie was the only fatal casualty in the mission.

Based on his worldwide exposure and command over English language, Bibi Netanyahu was appointed Permanent Representative (ambassador) of Israel to UN in 1984 and was elected to Knesset on return to Israel in 1988. Netanyahu was appointed as Israeli’s youngest PM ever, in 1996, after he led the Likud party to power as the Chairman for three years from 1993 onwards. An articulate and wily leader, he has steered Israel through tough times, three wars and the economic boom that Israel has witnessed due to its technological prowess especially in information technology, defence industry, cyber security and drip irrigation.

Netanyahu is also the first PM in harness who has been indicted for bribery and corruption in November 2019. He was officially charged of deception and breach of trust and bribery. For the last two years, Bibi’s sole aim has been to stay in power and thereby avoid being tried by the court of law. He has been an advocate of one state theory and has encouraged new settlements in the West Bank and East Jerusalem thereby shrinking the areas that were to be given to the Palestinian state as per the UN-sponsored Two Nation Theory wherein equal contiguous amount of areas were to go to both Israel and Palestine with the latter having Gaza Strip, West Bank and East Jerusalem. Nationwide rallies and protests have been held urging Netanyahu to resign while his own party has held rallies to support him.

Netanyahu had two concurrent tenures with President Obama in power in the US and both held opposing views on the modus operandi of handling the Palestinian conflict resolution. Thanks to the Jewish lobby in the US which supported the election of President Trump and his son-in-law Jared Kushner, an American Jewish businessman and his special envoy for the West Asia peace process; in the last four years, President Trump gave unstinted support to Israel and almost buried the Two Nation Theory, which simply means that the Palestinians will never get a separate state of their own.

Under Trump, the Israelis got a moral ascendency by US recognising Jerusalem as the capital of Israel, a fact all his predecessors desisted. As per the UN, Jerusalem is supposed to remain an international city. In 2020, thanks to Kushner again, peace treaties were signed between UAE and Israel and Saudi Arabia and Israel. Both the Arab countries have recognised Israel and have commenced diplomatic and economic relations with Israel giving a death blow to the cause of return of Palestinian refugees and formation of a Palestinian state as per the Two Nation Theory.

A large section of populace is fed up of successive elections and ongoing corruption charges and would like to see Netanyahu go. Unfortunately, there is no leader of the same stature as Bibi either in the Likud party or in the opposition. The closest who comes to fill in his place is Benny Gantz of Kahol Lavan (White and Blue) Party, the present Defence Minister who has been the erstwhile CDS of IDF and has acceptance of a large section of population who has been looking for a change in government. Yair Lepid of Yesh Atid-Telem Party who has secured 17 seats is another leader who may also lay a claim for the top job in the anti- Netanyahu camp.

The Israeli parliament, the Knesset has 120 seats conforming to the biblical tradition of an assembly of 120 scribes, sages and prophets. The members are elected for a four-year term from a single, nationwide, electoral district. To form the government a coalition must come up with 61 seats. Interestingly, in the previous elections, both Netanyahu and Gantz (of Blue and White or Israeli Resilience Party) with allies had 60 seats each and then formed a national government that did not last long.

The anti- Netanyahu bloc with Benny Gantz or Yair Lapid as the leader have 57 seats and they also need to get Yamina (7) or United Arab List (UAL) / Raam Party (4) headed by Mansour Abbas, to their camp.

Naftali Bennett (Yamina) and Mansour Abass (UAL) who have not shown their hand so far with 11 seats amongst them are going to be the King makers. The Arabs (UAL) in Israel are 20 percent of the population and the Ultra Orthodox Jews (Hardim) are 10 percent.

Even if Netanyahu is once again able to stitch an alliance with 61 seats, it is not likely to be a stable government and the political situation in Israeli will still be in a limbo till the next elections. A new inclusive national government with fresh leadership, new ideas and centric orientation, can only bring in political stability. It is about time Bibi Netanyahu recognises the writing on the wall and hang up his political boots with grace or whatever is left of it. Whoever forms the Govt, has to deal with post COVID-19 problems of slowdown of the economy and the loss of jobs that many Israelis are reeling under. 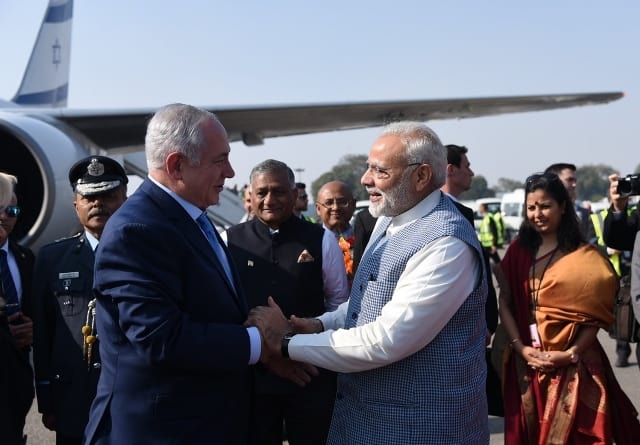 External Affairs Ministry spokesperson Raveesh Kumar underlined that Modi had departed from protocol to receive Netanyahu. “The visit is a fitting culmination to the silver jubilee year of the formal relationship (between India and Israel).” This is the first visit to India by an Israeli Prime Minister since Ariel Sharon came in 2003.

Welcome to India, my friend PM @netanyahu! Your visit to India is historic and special. It will further cement the close friendship between our nations. @IsraeliPM #ShalomNamaste pic.twitter.com/sidgMmA1fu

Modi tweeted: “Welcome to India, my friend… Your visit to India is historic and special. It will further cement the close relationship between our nations.” The Prime Minister’s Office said: “A special welcome for a special visit… Modi personally receives Israeli PM at Delhi Airport.” Netanyahu and Modi are expected to discuss a variety of subjects related to bilateral relations and the global situation. The Israeli leader, accompanied by dozens of Israeli businessmen, will visit the Centre of Excellence in Agriculture at Vadrad in Gujarat and interact with business leaders in Mumbai. He will also go to the Taj Mahal city of Agra. (IANS) // ]]>