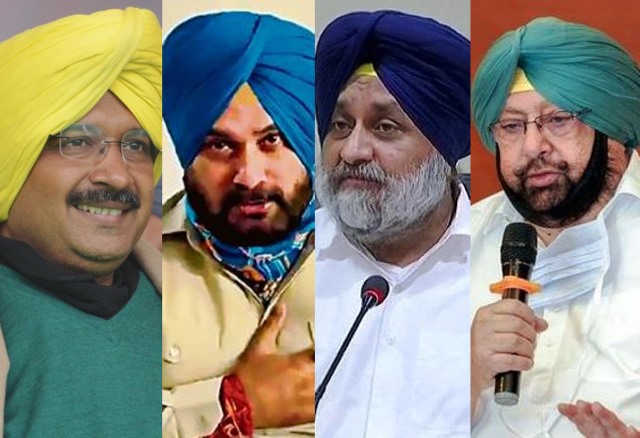 Past record shows that the outcome of the Municipal Corporation elections in Chandigarh, the joint capital of Punjab, has no impact on the Assembly elections which follow a little later in the state.

This time, however, there is an important takeaway from the Corporation elections held a couple of months before the Assembly elections in Punjab. The Aam Aadmi Party (AAP) emerged as the largest party for the first time in any elections outside Delhi. The party, which is making a determined attempt to wrest power in Punjab, has received a major boost with its cadres gaining confidence that it can win elections outside the national capital.

Another important factor in the Corporation elections was the multiplicity of contests. Besides the ruling Bharatiya Janata Party, the Congress, the AAP, the Shiromani Akali Dal, a large number of independents in the fray had made it a multi-cornered contest with comparatively small number of electors in each ward. In at least five wards the margin of victory was only in double digits.

The coming elections in Punjab too are set to be multi-cornered contests with the emergence of the alliance between Capt Amarinder Singh and BJP, the SAD-BSP alliance, the Congress, the AAP and now also the Kisan Samaj Morcha formed by farmers’ organisations, besides the independents. The current possibility of five-cornered contests would definitely leave the field wide open with various parties eating into each other’s vote banks and making the task of predicting the outcome a near impossibility.

It is in this context that an analysis of the past electoral trends would be significant and relevant to the ensuing elections.

For over three decades, the state had witnessed a straight contest between the SAD and the Congress. This changed last time when the AAP entered the fray and changed the political equations. Several electoral surveys had predicted an AAP victory given the disenchantment with the other two political parties.

The Congress emerged victorious with a thumping majority of 77 seats out of a total of 117 at stake thanks to a large extent to the division of votes in the three-cornered contest. SAD won 15 seats (besides three by its alliance partner BJP) against the tally of 20 for the AAP and two for its alliance partner. But what’s significant is that the SAD finished second in no less than 43 seats while AAP finished second only in 26 seats. Akalis got lesser number of seats than AAP but received more votes.

SAD got 25.3 per cent of the total votes polled as against AAP’s 23.8 per cent. Add to that the 5.4 per cent votes polled by the then SAD’s alliance partner, the BJP. They together polled 37 per cent votes against 38.5 per cent by Congress. Akalis contested on 94 seats compared to 112 by AAP and still got 1.5 per cent higher vote share than AAP. Same is true for Congress. Both in 2007 and 2012 when it lost elections to the SAD-BJP combine, Congress posted a vote share of over 40 per cent.

It is in this context that the pre-poll scenario needs to be analysed with five-cornered contests on the anvil. The ruling Congress, which rocked its own boat by changing the chief minister just six months before the elections, is facing an internal crisis. Its unpredictable state party chief Navjot Singh Sidhu continues to take pot-shots at the party’s own government and chief minister Charanjit Singh Channi.

In the given short time the new chief minister is coming out with a flurry of announcements which lack credibility while some of the sitting legislators are quitting the party anticipating denial of tickets. Even as the 56-member election committee supposed to send its recommendations to the party high command for final selection of candidates is yet to meet, Sidhu has been declaring candidates for some of the seats. The party is also yet to develop a strategy for the elections.

SAD, which had quit the coalition with BJP over the farm laws, has tied up with the Bahujan Samaj Party (BSP) whose vote share has been less than two per cent even though one third of the state’s voters belong to the Dalit Samaj. However, Akalis are by far the first movers.

Party chief Sukhbir Singh Badal has been actively leading the party and besides the alliance with the BSP, has already declared candidates for the ensuing elections. It is also attempting to woo back its core constituency of rural votes by touting that it has quit the coalition and power to stand behind the farmers. The party is not facing any major hostility from farmers now and its fate would depend on how rural voters view its role in the aftermath of the farm laws which were subsequently withdrawn.

AAP, which had built up a strong cadre before the last elections, lost some ground with several leaders quitting the party and the state unit of the party remaining disoriented over the last four years. It has received a fillip after the Chandigarh Municipal Corporation elections but continues to remain under the direct charge of its central leaders. It’s biggest failing has been a lack of a credible chief ministerial face. With just over a month left for the elections, the party chief Arvind Kejriwal has decided to maintain silence over the issue although he has declared that the candidate would be a Sikh from Punjab. This effectively ruled himself out of the race as was being apprehended last time.

The new entrant to the political scenario, the Kisan Samaj Party, might turn out to be the X factor in the coming elections. About 22 of the farmers organisations have joined hands to form the party but at least 10 others have decided to stay away. On its own, the new party is unlikely to make a serious dent but it can change the calculations if it decides to tie up with one of the major parties. And if it happens with AAP, which has a strong presence in urban areas, it would be a strong alliance to be reckoned with.

Even as the model code of conduct is to come into force any day now and schedule is to be announced for elections next month, the political situation remains fluid with new alignments in the making and finalisation of party tickets setting the tone for the elections.