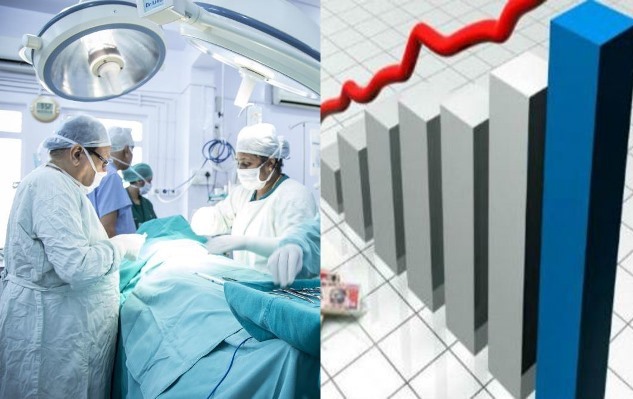 The big bang statement that India’s budget could have made wasn’t made. I am talking about healthcare. India spends under 1.8% of its GDP on healthcare, an amount that is far lower than what it should be ideally. The inadequacy of India’s healthcare infrastructure could not have been demonstrated better than it was during the waves of the Coronavirus pandemic that swept across the country. Millions of people suffered as hospital beds and oxygen tanks were in short supply. Much of the havoc that got created and was reported about in the media centred around India’s larger cities but the fact is that the situation was far worse in rural and semi-urban India.

The latest budget could have addressed the healthcare crisis with more focus. For example, moves to educate, train and deploy more medical and paramedical service providers, particularly in rural India. As well as measures to ensure that there is more investment in expanding the number of beds that are available for patients. According to World Bank data, for every 1000 people there is just 0.5 hospital bed available in India and that compares rather badly to even other developing countries.

Some analysts have commended the budget for its growth-orientation. Primarily this centres on the indication of the government’s willingness to trade off higher inflation rates (at least in the short term) with higher investments. A policy that accommodates higher inflation rates for future growth potential can be non-populist and in a year that will be marked by several important state elections that can be a risk for a regime (the Bharatiya Janata Party-led ruling alliance) that has an avowed objective to rule in every state. But the government appears to have taken that risk. Now, it is to be seen whether investment and, therefore, growth is spurred.

Economic growth has become an area of serious concern in India. A statistical analysis shows that between 2011 and 2020, India’s growth slowed down while inflation soared. Prime Minister Narendra Modi had promised that by 2025, India’s GDP would reach $5 trillion. That is most unlikely to happen. Pre-Covid estimates showed that it could be far lower, say, at $2.5-2.6 trillion.

Covid, however, has not been the only dampener for the Indian economy. Hasty policy decisions such as the rush to roll out the GST tax regime and sudden decision to demonetise the rupee hit the economy hard. India’s GDP growth was at 7-8% when the ruling regime came to power in 2014. By the fourth quarter of 2019-20, it was down to 3.1%.

The situation is far worse on the employment side. Given the Indian population’s relatively young demographics, India needs 20 million jobs to be created annually. Under the ruling regime, the number has been much lower. In 2017-18, according to official estimates, unemployment was at a nearly 50-year low: 6.1%. Since then, a Centre for Monitoring the Indian Economy (CMIE) estimate suggests that it might have doubled. Also, according to Pew Research, an estimated 25 million people have lost their jobs since early 2021 and nearly 80 million people might have gone back into poverty.

India likes to compare itself with China, where the economy grew exponentially primarily because of a huge thrust on manufacturing and marketing. When the Modi government came to power, it unveiled the ‘Make in India’ policy to emulate the Chinese experience. By simplifying procedures and introducing manufacturing hubs where tax and other incentives were to boost manufacturing, the regime hoped that manufacturing would comprise 25% of the GDP. But nearly seven years later, manufacturing’s share remains at a paltry 15%. And the number of people employed in the manufacturing sector is down by half.

Consequently, exports have stagnated at $300 billion for the past 10 years with India losing market share to other developing countries, including tiny Bangladesh whose export growth, driven by the garments industry, has been significantly impressive.

Not all is bad, though. In basic infrastructure there have been strides. Under the Modi regime, India has been building 36 km of highways and roads every day. Under the previous government, it was barely 8-10 km. Installed capacity of non-conventional energy, mainly solar and wind, has doubled in the past five years and India will likely achieve the 2023 target of175 gigawatts.

More Indians have joined the formal sector for employment, although still too many (half of the nation’s workforce) are employed in agriculture, where productivity is low and where very little growth has taken place over the past 10 years.

There are many complex problems that policy makers attempting to boost India’s economy face. But if they were to focus on two of the most important ones they ought to be these: First, healthcare because India spends far too little on that sector. And second, boosting growth by encouraging investments. India’s latest budget attempts to do the latter. But will that be enough?

On a recent Sunday morning, the economist Kaushik Basu, a professor at Cornell University, tweeted tellingly:

These are India’s growth rates. 5 years, with each year’s growth less than previous has never happened after 1947. Sad. Let us not live in data denial, reducing everything to politics.”