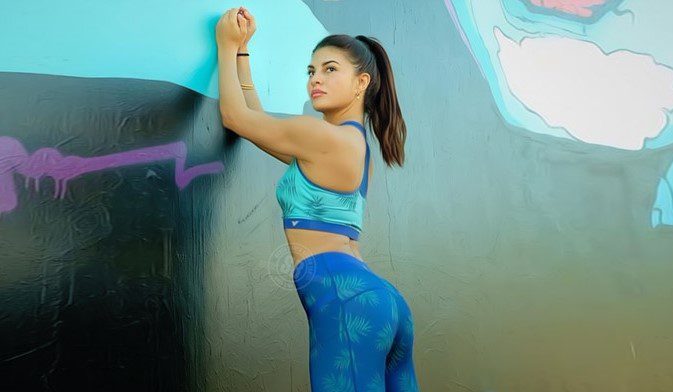 On November 30, the Delhi Police arrested Mumbai-based Pinky Irani who is said to be a close aide of Chandrashekhar, and introduced him to Bollywood actor Jacqueline Fernandez.

According to the Economic Offences Wing (EOW), the accused Pinky Irani used to portray him (Sukesh) to be a business tycoon, and the accused used to be instrumental in facilitating certain Bollywood personalities to contact with main accused Sukesh Chandrasekhar.

It is also alleged that accused Pinky Irani has been instrumental in disposing off the amount of money extorted from the complainant and other sources.

Earlier, Delhi Police also recorded the statement of Bollywood actor Jacqueline Fernandez in the court under Section 164 after she said she wanted to give some important information in the Rs 200 crore fraud case involving conman Sukesh Chandrashekhar.

The Delhi Police Economic Offence Wing (EOW) filed a charge sheet naming 14 accused including Conman Sukesh Chandrashekhar, his Wife Leena Maria Paul, and others in 2021. The Chargesheet was filed under various sections of IPC and provisions of the Maharashtra Control of Organised Crime Act (MCOCA).

According to the EOW, Leena, Sukesh with others used Hawala routes, creating Shell companies to park the money earned from proceeds of crime.

Delhi Police’s EOW had registered an FIR against Chandrasekhar for allegedly duping the spouses of former promoters of Ranbaxy, Shivinder Singh, and Malvinder Singh, of Rs 200 crores besides ongoing investigations against him in several cases across the country.

According to the Prosecution, the EOW extended its investigation into the case related to extortion of over Rs 200 crore, by Rohini jail inmate Sukesh Chandrasekar for allegedly duping wives of former Religare promoters Malvinder and Shivinder Singh, who are currently in Tihar jail.

Investigations revealed that the accused Sukesh Chandrasekar had duped Shivinder’s wife Aditi Singh and Malvinder’s wife Japna Singh worth over several crores of rupees. The women claimed that they have paid crores of rupees to the conman to secure bail for their husbands and ensure their safety, posing as an officer from the Union Law Ministry.

Chandrasekhar and his associates allegedly took money from Aditi after posing as government officials and promising to get bail for her husband. As per reports, Chandrasekhar persuaded Aditi to transfer money by impersonating a central government official over a spoof call while he was lodged in Rohini jail and promised to manage bail for her husband.

Both Chandrasekhar and his actor wife Leena Maria Paul were arrested by the Delhi Police in September last year for their alleged role in the duping case. (ANI) 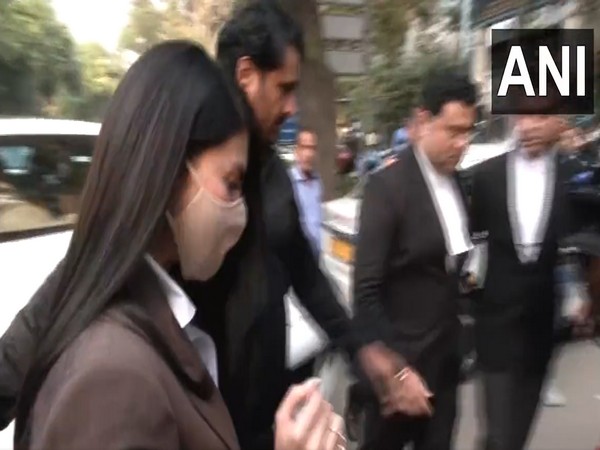 A Delhi Court on Tuesday granted bail to Bollywood actress Jacqueline Fernandez in an alleged money laundering case of Rs. 200 crores. The alleged Conman Sukesh Chandra Shekar is also an accused in this case.

Special Judge Shailendra Malik of Patiala House Court granted bail to Jacqueline Fernandes. Earlier she was granted interim bail.
The Court had raised questions that why the agency did not arrest her during the investigation. The court had said that the agency arrested some accused while the others were not. “Why this policy of pick and choose?,” the Court questioned.

Jacquline’s Counsel senior advocate Siddharth Agarwal and Prashant Patil submitted that the actress cooperated with the investigation and her statement was recovered 5 times.

They also submitted that she was not arrested during the investigation and supplementary charge sheet has been filed and she is also a woman. This proposition ought not to be altered by the court.

It was also argued that she was not aware that the gifts she received were out of proceeds of crime. In these circumstances, she is entitled to bail.

On the other hand counsel for ED submitted that she has a history of attempting to flee the country. She did not cooperate in the investigation.

Apart from this, she is economically sound, she can influence the investigation and win over the witnesses.

She possessed, used, and enjoyed the proceeds of crime, ED argued. It is the role of the accused. The investigation is still going on, any other may crop up.

ED’s counsel also submitted that she is a foreign national and has roots in Sri Lanka. Her parents live in Bahrain, her brother is living in Australia and her sister is in another country. She may flee if she is enlarged on bail.

She can not be granted bail only ground of the accused is a woman as she did not cooperate in the investigation.

In these circumstances she may not be granted bail, ED’s counsel submitted.

Earlier, she was granted interim bail in the matter by the trial court.

Enforcement Directorate (ED) in its reply opposing the regular bail plea of Jacqueline stated that she never cooperated with the investigation and only made the disclosure when confronted with evidence.

Jacqueline was informed about Sukesh’s criminal antecedents within 10 days of her introduction to him. She is no ordinary person but a Bollywood actress with huge financial resources and hence high stature and influence mentioned in the ED.

On August 17, 2022, a supplementary charge sheet was filed by the Enforcement Directorate in the Rs 200 crore extortion case against conman Sukesh Chandrashekar in a Delhi Court mentioned the name of Bollywood actor Jacqueline Fernandez as an accused.

Jacqueline Fernandez has also been summoned by ED several times in the matter for the purpose of investigation.

Advocate Prashant Patil appeared for Jacquline and stated that she has always cooperated with the investigation agencies and attended all the summons to date. “She has handed over all the information to the best of her ability to the ED,” he said.

According to ED’s earlier Chargesheet, Bollywood actresses Jacqueline Fernandez and Nora Fatehi examined and stated that the actresses got top models of BMW cars, the most expensive gifts from the accused Sukesh.

According to ED, Sukesh was confronted with Jacqueline on October 20, 2021.

Jacqueline Fernandez stated that Sukash Chandrasekhar had arranged private jet trips and hotel stays on different occasions for herself.

Statements of Nora Fatehi were recorded under section 50 of PMLA, 2002 on September 12, 2021, and October 14, 2021, wherein she stated that she got a booking for a charity event and during the event, she was gifted a Gucci Bag and one iPhone by Leena Paulose. (Wife of Chandrashekhar)

Nora further stated that Leena Paulose had called her husband and put the phone on speaker where he thanked her and said that they were her fans. She then announced that they would gift her a Brand new BMW car as a token of love and generosity.

The court had listed the matter for hearing arguments on charges in the matter on November 24 and 25. (ANI)