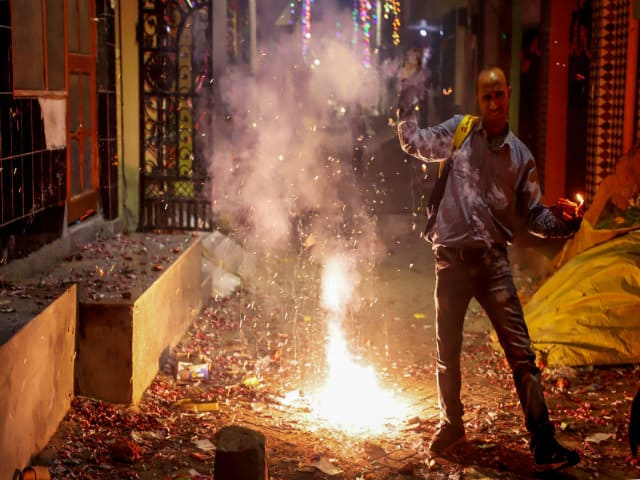 Smoke rises as people burn crackers during Diwali celebrations, in Gurugram, on Wednesday. According to officials, Delhi recorded its worst air quality of the year the morning after Diwali, as pollution levels entered severe-plus emergency category due to the rampant bursting of toxic firecrackers. 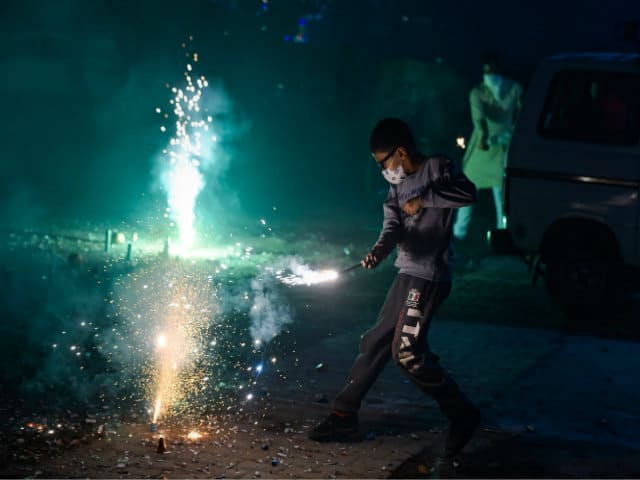 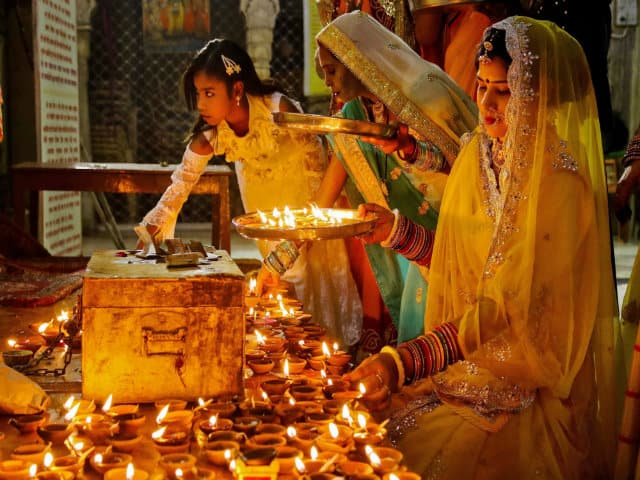 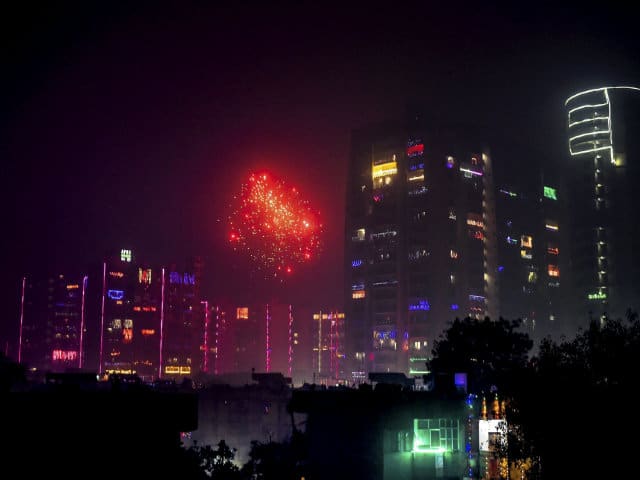 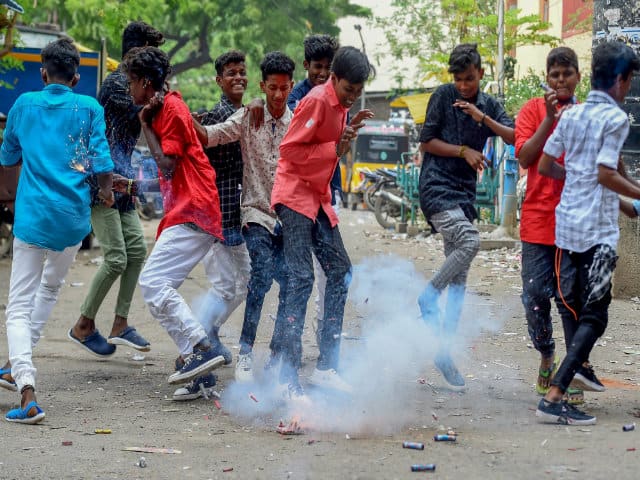 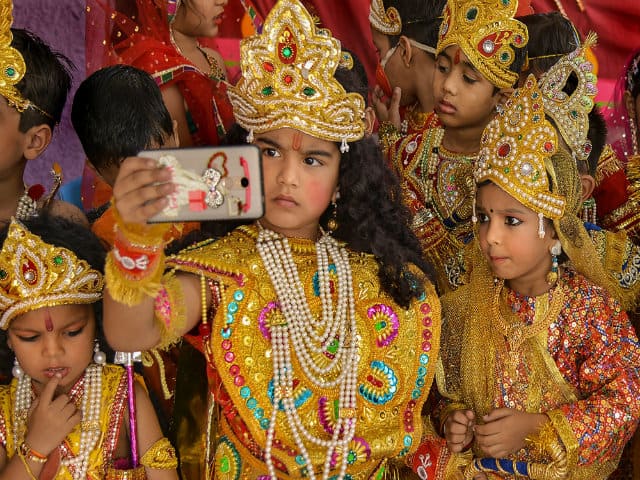 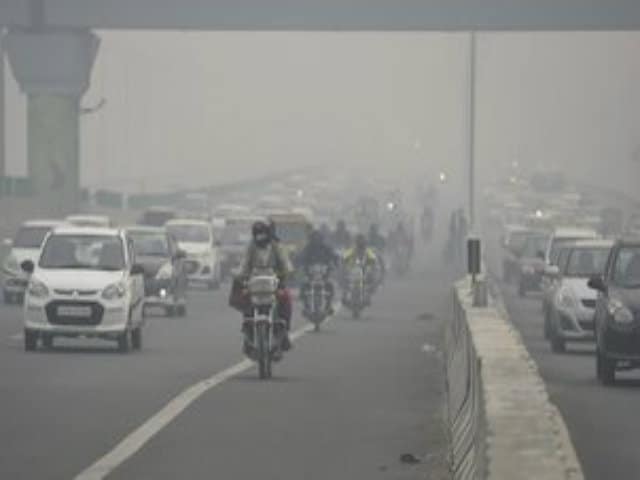 It has launched an aggressive 10-day ‘Clean Air Campaign’ from November 1 to monitor and report polluting activities and ordered halting of construction activities and regulating vehicular traffic. Civil construction has been suspended in Delhi and surrounding areas of the National Capital Region. All stone crushers and hot mix plants generating dust pollution have also been closed. The Delhi Pollution Control Committee has directed the transport department and the traffic police to intensify their drive against polluting vehicles until November 10. Union Environment Minister Harsh Vardhan said on Monday that no leniency would be shown to those who are violating pollution-control norms. He again warned that legal actions were being initiated against people violating regulations. Delhi Chief Minister Arvind Kejriwal has blamed stubble-burning in Punjab as the main reason behind the current cycle of air pollution in Delhi. On Sunday, Punjab Chief Minister Amarinder Singh termed his claim “nonsense”. But NASA registered a large number of fire counts in Ludhiana, Jalandhar, Sirsa and other areas of Punjab and Haryana. Also, enforcement data provide in response to an RTI query by activist activist Deepak Juneja has showed that despite the Delhi government deregistering 40 lakh old vehicles to curb air pollution, only 3,196 vehicles have been impounded, which is less than 1 per cent of the total. Two agencies are responsible for enforcing the ban on 15-year old petrol vehicles and 10-year old diesel vehicles imposed by the National Green Tribunal in 2014 Delhi traffic police and transport department of the Delhi government. (PTI)]]> 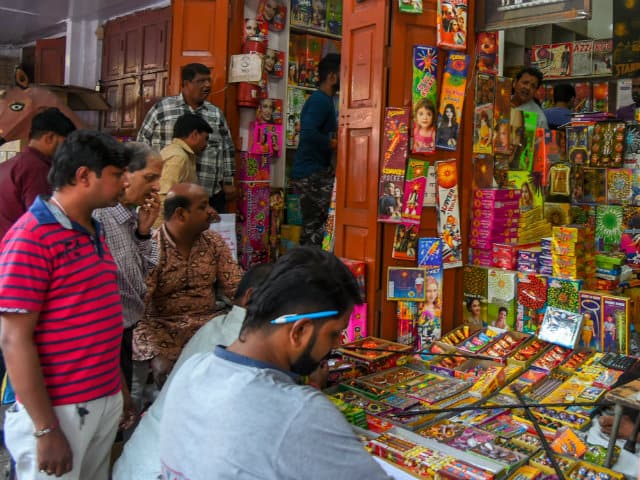 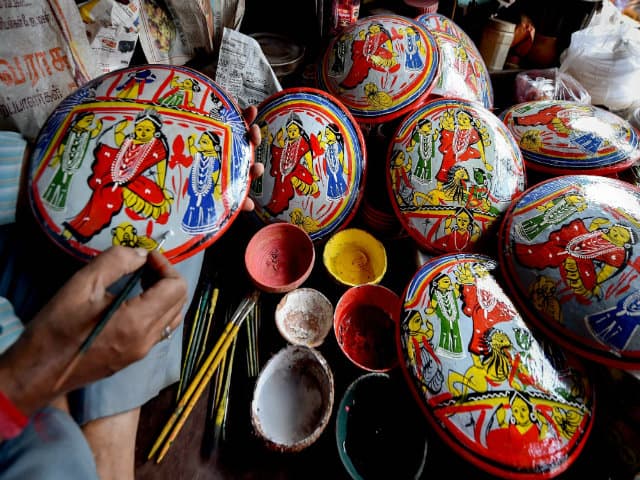 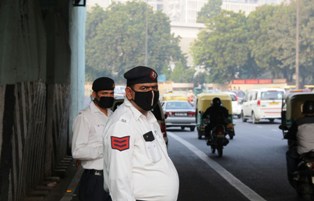 In the air: Delhi govt has another odd idea

The Delhi government on Monday expressed its willingness to the Centre to bear the cost of aerial sprinkling of water in the national capital in order to help reduce air pollution. Delhi Environment Minister Imran Hussain wrote to Union Minister for Environment, Forest and Climate Change Harsh Vardhan and said the state government was “ready to bear the cost”. Hussain urged Vardhan to ask the Civil Aviation Ministry to carry out the sprinkling through a helicopter or aircraft so as to help settle particulate matter suspended in the atmosphere. On Wednesday, air quality at Ghaziabad (NCR) was worse than post-Diwali (recorded on October 20) level, and was described as severe by the Central Pollution Control Board. The AQI in Ghaziabad was 425 on Wednesday, as compared with 412 on October 20. Meanwhile, satellite images from the National Aeronautics and Space Administrations’ FIRMS (Fire Information for Resource Management System) Web Fire Mapper show stubble-burning reached an all-time high with both Punjab and Haryana marked in red (depicting fire). Stubble-burning was part of the pollution control agenda of the Environment Pollution (Prevention and Control) Authority (EPCA), which a day before Diwali (October 19) implemented “very poor” and “severe” categories of its Graded Response Action Plan (GRAP) — which includes more strict measures — to curb air pollution in Delhi and adjoining areas. “It (stubble-burning) was an action point, but nothing much was done against stubble- burning as the National Green Tribunal (NGT) is already involved,” EPCA member Usmaan Naseem told IANS. According to EPCA officials, state authorities (Punjab, Haryana, Rajasthan and Uttar Pradesh) are supposed to keep a check on stubble-burning, as toxic smoke from such an action, along with weather conditions and wind speeds, impacts air quality in Delhi-NCR. The unabated stubble-burning in Punjab and Haryana, estimated to be around 35 million tonnes, was banned by the tribunal in November 2015. However, due to lack of support from the respective governments, farmers continued to burn paddy straw even as states demanded more funds from the Centre to support their farmers against the menace. “Air pollution is set to increase. People will complain of heaviness in breathing towards morning and evening hours. The north-westerly winds from Punjab and Haryana are slowing down in Delhi, and this will continue for some days,” Mahesh Palawat, Director of private weather forecast agency Skymet, told IANS. (IANS) // ]]>