The Supreme Court on Monday said that the Morbi Bride collapse incident which claimed over 140 lives was an “enormous tragedy” and asked the Gujarat High Court which is already hearing a suo motu case on the same issue, to hold periodical hearings.

“It is an enormous tragedy and this will require weekly monitoring to see the award of contract, credential of the party awarded the contract, attribution of responsibility for those guilty,” observed a bench of Chief Justice DY Chandrachud and Justice Hima Kohli.
The apex court noted that a division bench headed by the Gujarat High Court Chief Justice has already taken a suo motu note of the incident and has passed three orders, it will not hear the petitions as of now.

It asked petitioners to approach the High Court with their pleas seeking an independent probe and award of dignified compensation to those who lost their family members.

The British-era bridge on the Machchhu river in Morbi collapsed on October 30 leaving over 140 dead including 47 children.

The top court was hearing a plea filed by the person who lost his two relatives in the incident, seeking a CBI probe, award of dignified compensation to those who lost their family members, the need to fix responsibility against officials of the Nagar Palika and that the agency entrusted to maintain the bridge is held accountable.

It was also hearing a PIL seeking direction to appoint a judicial commission under the supervision of a retired top court judge to initiate a probe on the Morbi Bridge collapse incident.

During the hearing, the bench said the Gujarat High Court had already taken suo motu cognisance of the Morbi bridge collapse on October 30 hence it wouldn’t hear the case. It said the High Court would “undoubtedly be seized of ensuring a regulatory mechanism so that such incidents do not recur.”

“We are of the view that the High Court would also bring to bear its time and attention on other aspects of the matter which have been highlighted above while recording the submissions of the learned counsel of the petitioner,” the bench stated in its order.

Solicitor General of India Tushar Mehta, appearing for the Gujarat government, submitted that the High Court has already taken note of the issue and that the petitioner can raise the issues there.

More than 140 people died and over 100 people were injured due to the collapse of the suspension bridge over the Morbi Macchu river.

As per reports, the bridge was closed for about 8 months for maintenance and the repair work was being completed by a private agency.

The Gujarat government has constituted a five-member committee headed to probe the bridge collapse incident. (ANI) 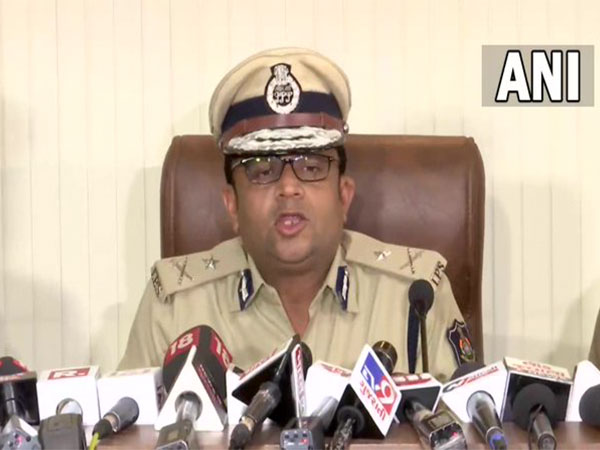 Nine persons including officials of Oreva, the company that renovated the bridge, ticket sellers, and security men have been arrested for the Morbi bridge collapse in Gujarat.

“We arrested nine people after filing FIR under various sections of IPC. The arrested includes the managers of Oreva company and ticket clerks,” said Ashok Yadav, IG, Rajkot range.
“As and when we get evidence, police will nab the accused further. We have also formed a Special Investigation team pertaining to the incident,” he added.

More than 134 people died and about 100 people were injured due to the collapse of the suspension bridge over the Morbi Macchu river on Sunday.

The Gujarat government has constituted a five-member committee headed to probe the bridge collapse incident.

“An unfortunate incident took place in Morbi, we pay our condolences. We filed an FIR under various sections of IPC against all the accused to take stringent action. Police & locals mobilized and helped in the rescue operation,” the IG said.

“An FIR has been registered against the maintenance and management agencies of the bridge, under Sections 304 (culpable homicide not amounting to murder), 308 (attempt to commit culpable homicide), and 114 (abettor present when offense is committed) of the India Penal Code,” said Morbi B Division Police Inspector, Prakashbhai Dekavadiya.

Prime Minister Modi, who is in Kevadia said that rescue operations were underway and there would be no laxity in rescue and relief efforts.

“The Gujarat Government has been carrying out relief and rescue operations since yesterday. Centre too is extending all help to the State Government,” PM Modi said.

Briefing mediapersons here, Gujarat Home Minister Harsh Sanghavi said, “The death toll in the Morbi hanging bridge collapse incident has gone up to 132. The Chief Minister has constituted a high power committee yesterday itself while leaving Ahmedabad. All officers, posted at different locations, were asked to report at Morbi by 2 am. The investigation is going on.”

The Gujarat Home Minister further informed that a criminal case has been registered in connection with the incident.

“An investigation has begun today under the leadership of Range IGP,” Sanghavi said. Everyone worked all through the night. The Navy, NDRF (National Disaster Relief Force), Air Force and Army arrived at the spot quickly. More than 200 persons have worked the entire night for search and rescue operations,” Sanghavi said.

“Indian Army is fully committed to assisting civil admin & all other agencies for HADR (Humanitarian Assistance & Disaster Relief) ops to prevent loss of lives, treatment of survivors & further retrieval of remaining bodies as part of search ops,” as per sources.

The columns immediately got into the NDRF, SDRF & state fire services boats & assisted in search operations. Four medical columns assisted in the treatment of survivors in three hospitals viz. the govt civil hospital, Krishna hospital, and Ayush hospital, as per sources. (ANI)